Sunday January 6 was the first TriState tour of the 2019 and 34 players came out to Clifton Billiards to start the New Year right. 8 Ball would be the game of the day and what a day it would be. Joe Mazzeo would be the standout and would end the day with his first trophy. Jaydev Zaveri would be the first to fall 6-5, and then Paul Spaanstra 6-4. Joe would then face off against John Fransisco 6-3. He would then square off against relative newcomer Alfredo Altimarino who would hand Joe what would be his only loss of the day with Alfredo winning 6-1. Alfredo path to the host seat match against Joe would include victories over Mike Strassberg 5-2, Andrew Ciccoria 5-4, Artur Trzeciak 5-3, and Teddy LaPadula 5-0. Joe Mazzeo would be sitting waiting for John Fransisco who travels thru the one loss side would include victories over Fernando Galeas 6-3 and Clint Pires 6-4. He would then face Joe Mazzeo who seamed to be on a mission after his loss to Alfredo and would fall and end the day in 3rd place 6-0. Joe Mazzeo would then get his revenge on Alfredo shutting him out in the finals with a score of 8-1. 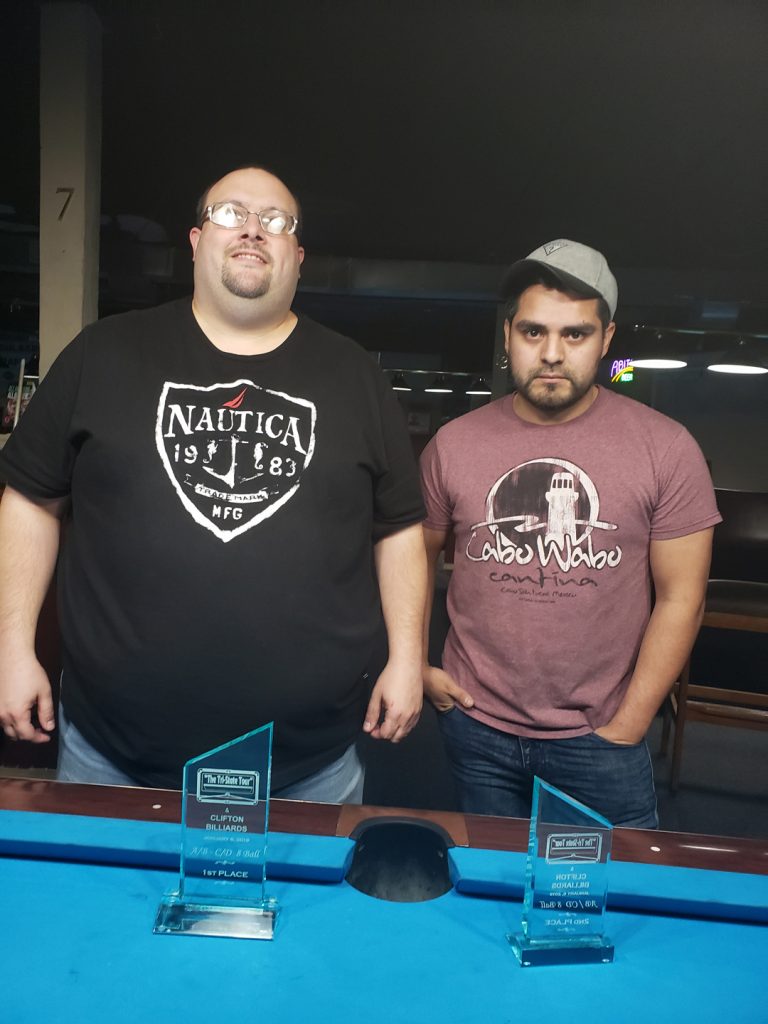