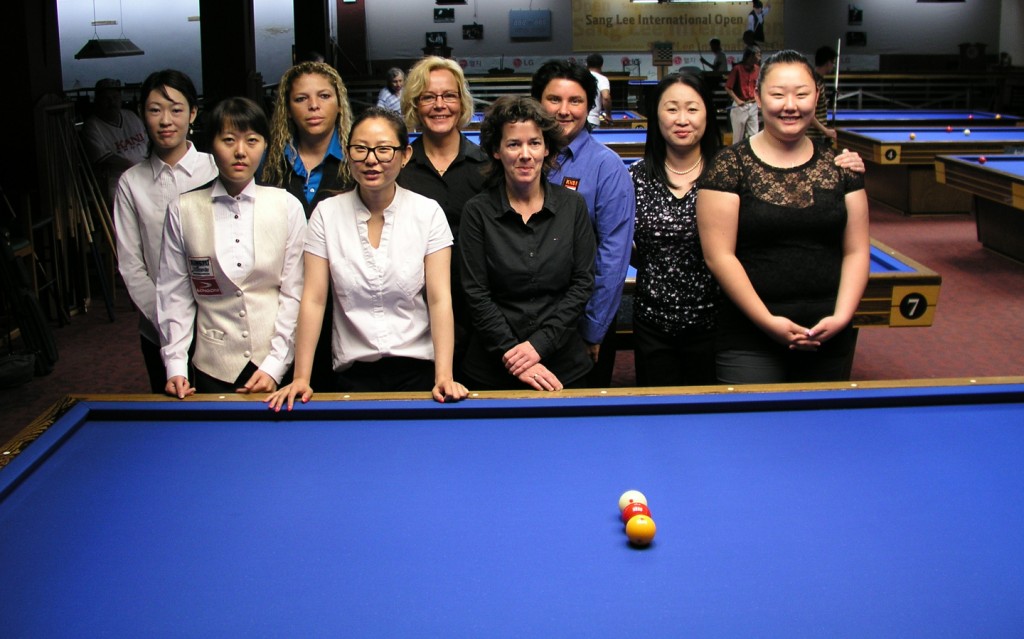 Nine women from different parts of the world competed in the Women’s Open held at Carom Café Billiards in Flushing, NY from July 24-26, 2011.

The tournament was live-streamed on CaromTV.com. A special thank you to Jan carl and Merrill Hughes for arranging and running the live-stream. A lot of work went into making this event happen and a special thank you should go out to Steve Andersen, USBA Regional Director and Therese Klompenhouwer for working out all the details behind-the-scenes. As usual, special thanks goes out to Charlie Brown for another outstanding job as tournament director, room owner Michael Kang and all of the players and fans that attended that made this event a success.

Format: Round Robin, 30-point games or 60 innings which ever came first with equal innings.