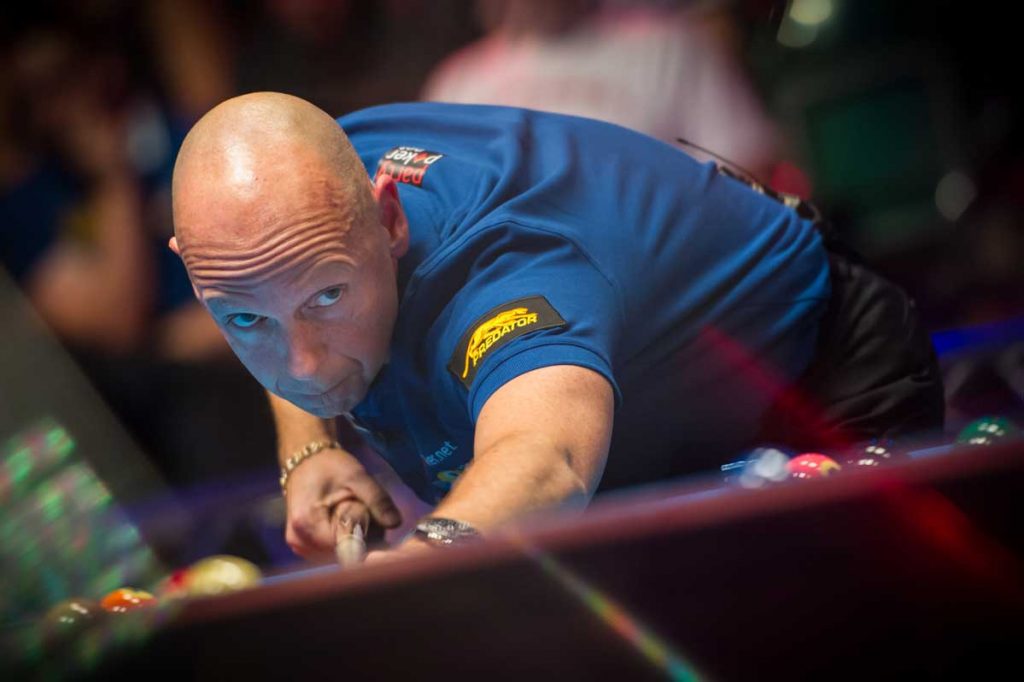 GERMANY’S RALF SOUQUET tightened his grip at the top of the European 2017 Mosconi Cup rankings with another great performance as he finished in the top four of the recent Portuguese Open in Salgados. With no ‘World’ events having taken place yet, the ‘European’ and ‘World’ rankings are currently one and the same and the Kaiser has opened up a 45 points lead over third spot.

Souquet has already appeared in more Mosconi Cups than any other European player (16) and will looking to return to the side for his first appearance since 2013. Nick van den Berg, a winner in Portugal is up to second on 90, 33 points ahead of David Alcaide in third spot.

Unlike previous years there will be only two rankings instead of three. The first will be the ‘European Ranking’ which includes the five European ‘A’ and five European ‘B’ events. The winner of this ranking will gain a spot on the Mosconi Cup side.

The second ranking will be the ‘World Ranking’ which will comprise all 12 events. The first and second placed players in this ranking will gain spots on the European Mosconi Cup team.

The next ranking event is the Austrian Open which starts on Thursday May 18th.

Events with a field upwards of 80 players – top 32

2017 MOSCONI CUP is sponsored by Rasson Billiards who supplies the Official Table; the cloth is supplied by Iwan Simonis and the Official Balls are Super Aramith by Saluc. Predator is the Official Cue and Chalk of the event and Ultimate Team Gear provide all Mosconi Cup apparel.

Notes: MATCHROOM SPORT is one of the world’s leading producers of televised sport and is responsible for over 1,000 hours of original programming across a range of sports. Based in the UK and chaired by charismatic founder Barry Hearn, they operate three pool events; the Mosconi Cup, the World Cup of Pool and the World Pool Masters. In addition, the company produce a multitude of events in darts, snooker, tenpin, golf, fishing, ping pong, gymnastics and boxing.