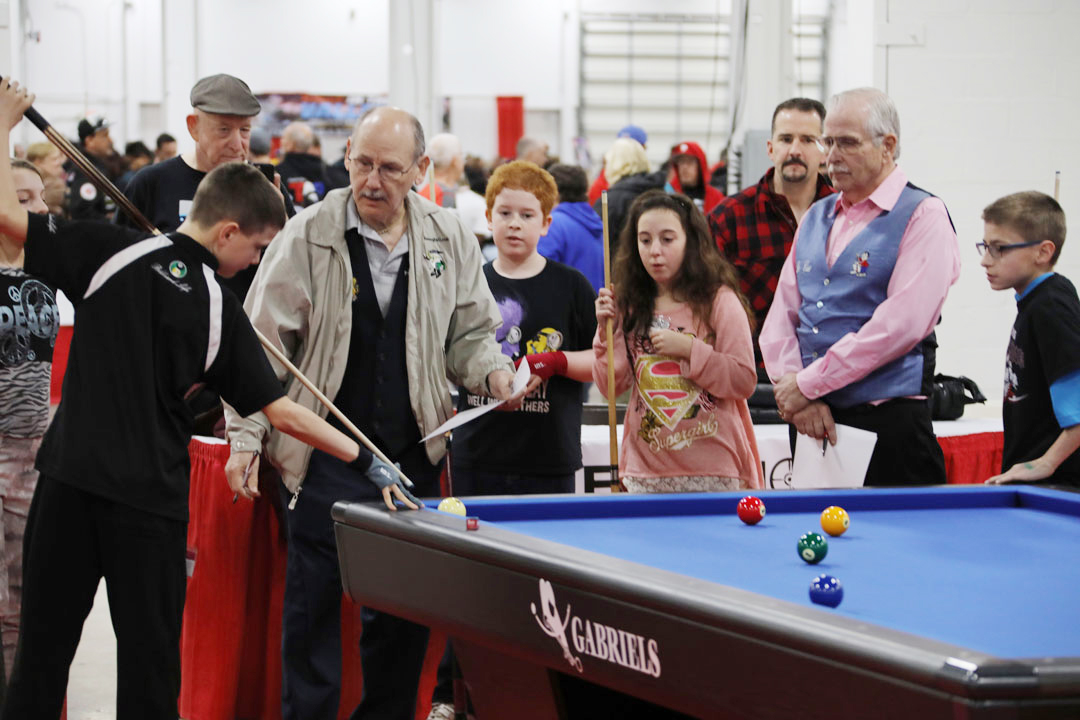 Professorâ€“Qâ€“Ball Promotions held a very special challenge in the 3-cushion arena at the Super Billiards Expo. Junior boys and girls, plus parents teamed up to enjoy an innovative “new carom game” called 5 Ball! It was obvious from the beginning shot that this unique game created a special bonding of competitive spirits and shared cue sport interest and fellowship. 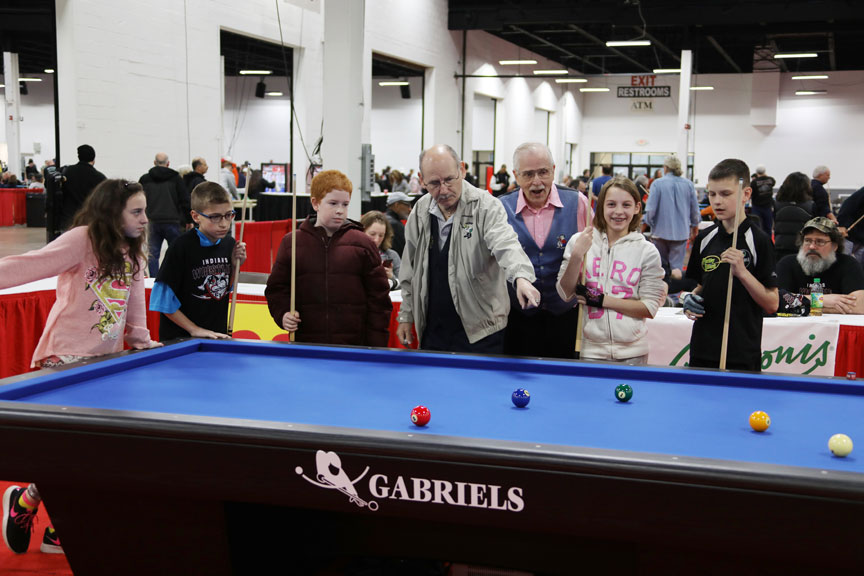 Several matches were played during a designated two-hour time frame and each match provided a magnetic excitement for the players, plus a large audience watching the interaction of each player assured the enjoyment of each shot.

Each participant received a billiard glove supplied by Mazin Shooni, President of the USBA. Sets of 5 Ball are available from Paul “Professor-Q-Ball” Frankel by calling 901.210.7251 or by email: paul@professorqball.com.Â Â Â Â  Enjoy the “Carom” Roll! 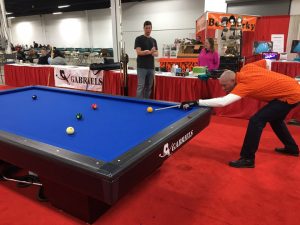 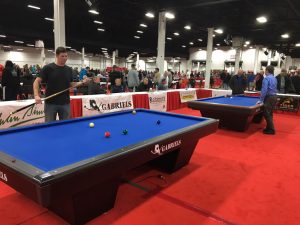 As per the game of Darts, the players play by turns. The player scores and deducts the result from the number of points agreed, and subsequently from the last points obtained. The first player having 0 (not below) wins the round. The next round restarts with the same agreed number of points. 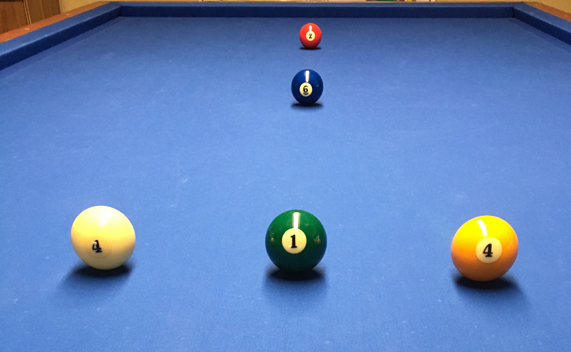 STARTING THE GAME (see diagram above )The balls are put on the table as per above diagram to start the game.The red ball is on the top spot, the blue ball on the middle spot, the green ball on the bottom spot with the white ball on the right and the yellow ball on the left.The players decide by toss who starts the game.

The first player plays with the white ball, the opponent with the yellow one. Each player keeps his cue ball throughout the game.To start the game the player must hit the red ball first. For the next shot the player may choose any ball to hit. In case the start failed, there are no winner points and the balls remain in the same position and the opponent plays.

Â EXAMPLE: the player plays with the WHITE ball. He hits the RED ball (2) and the YELLOW ball (4). SCORE = 6 points. This is a VALID score that can be deducted from the total of the player.

Â END OF THE GAME

To win the round the player must reach 0 (not below). If the player makes more points than necessary, the score is not validated and there are no points deducted.

Â EXAMPLE: a player must make 5 points to reach 0. He hits the BLUE ball (6) and the RED ball (2). SCORE = 8 points. The score is not valid because he has made more points than necessary. The player keeps his 5 remaining points and the opponent plays.

BEWARE OF REMAINING POINTS 1, 2 & 4 AND BALLS OFF TABLE

It is not possible to win a round IF the player’s remaining points are 1, 2 or 4 points, because in thenext shot he must hit

minimum 2 balls. So, the player keeps his number of points (he does not score) and the opponent plays.

Â EXAMPLE: a player must make 9 points to reach 0. He hits the YELLOW ball (4) and the GREEN ball (1). SCORE = 5 points. The player still has to make 4 points. By the next shot he cannot reach 0 because it is not possible to make 4 points by hitting two balls. In this case the player keeps his number of points (9) and the opponent plays.

If a ball falls off the table, the shot is not valid and the ball is put back on its initial spot (see Diagram Set-Up above).

If that place is blocked by another ball, then the ball is placed on the first available initial spot (sequence to keep: white or yellow, green, blue or red)