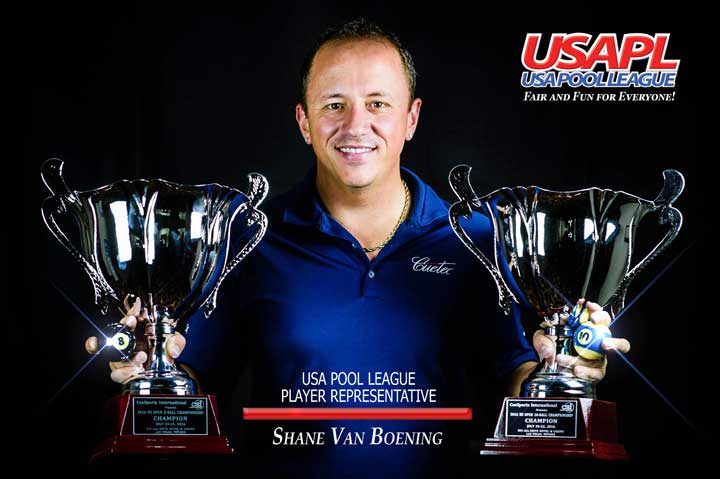 Before becoming a U.S. champion, Van Boening, like millions of other pool enthusiasts around the world, played in pool leagues. He earned many national league titles before becoming a professional pool player.

“Pool leagues were a large part of my family’s life when I was growing up,” Van Boening said.

CueSports International founded the USAPL in 2009 to solve the inherent problems found in other leagues. It was created specifically to be “Fair and Fun for Everyone.” In the USAPL, everyone, no matter what skill level, has an equal chance of winning. The USAPL is the first league organization to use FargoRate, the most accurate and only global pool player-rating system. All league data flows into FargoRate and player ratings are recalculated daily.

“The USA Pool League is the best way for beginner and average players to have fun and fall in love with the game,” said Van Boening. “And that is good for our entire industry.”

Van Boening is not only one of the most recognized players in the sport, he is also among the most respected. He is known not only for his great skill at the table, but also for his positive attitude, work ethic and sportsmanship. Those qualities make him an extraordinary and inspirational ambassador for USAPL.

“Shane understands the importance of amateur players and organized league play. He is a true professional and will be a great ambassador for the USA Pool League,” said Ozzy Reynolds, CSI general manager.

For more information about the USAPL, visit www.playusapool.com.