Here are some photos behind the scene setting up. 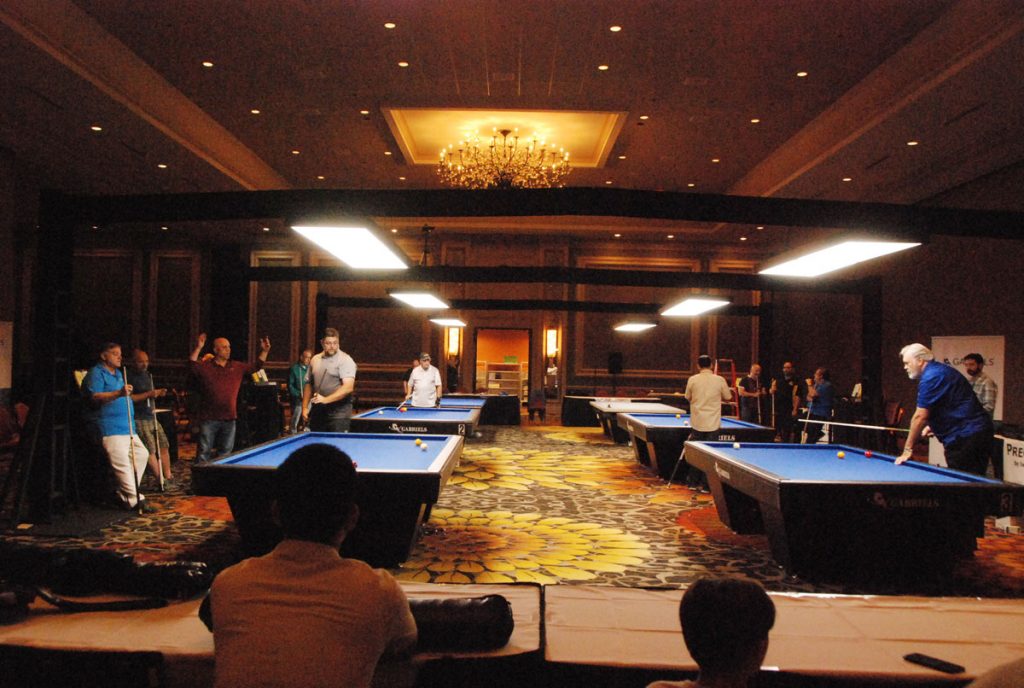 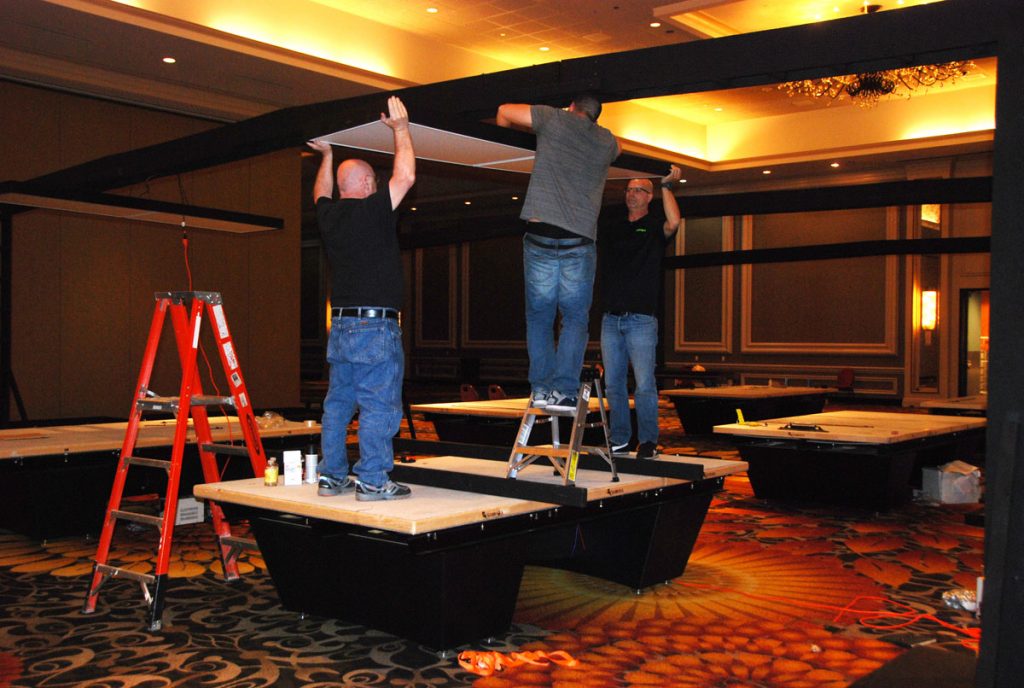 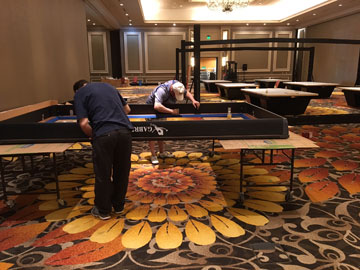 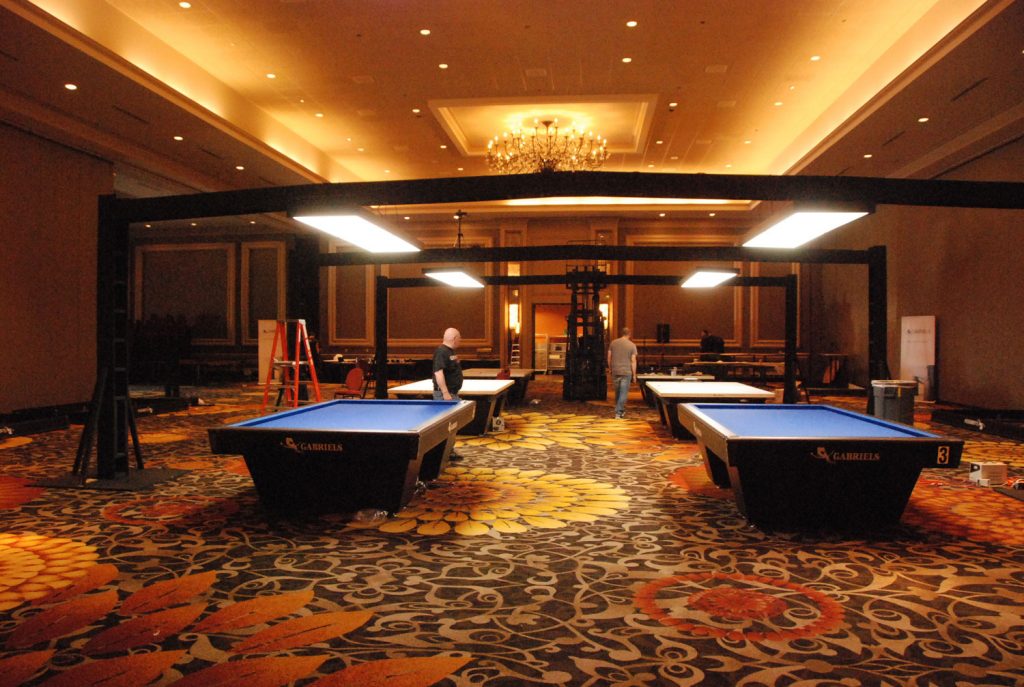 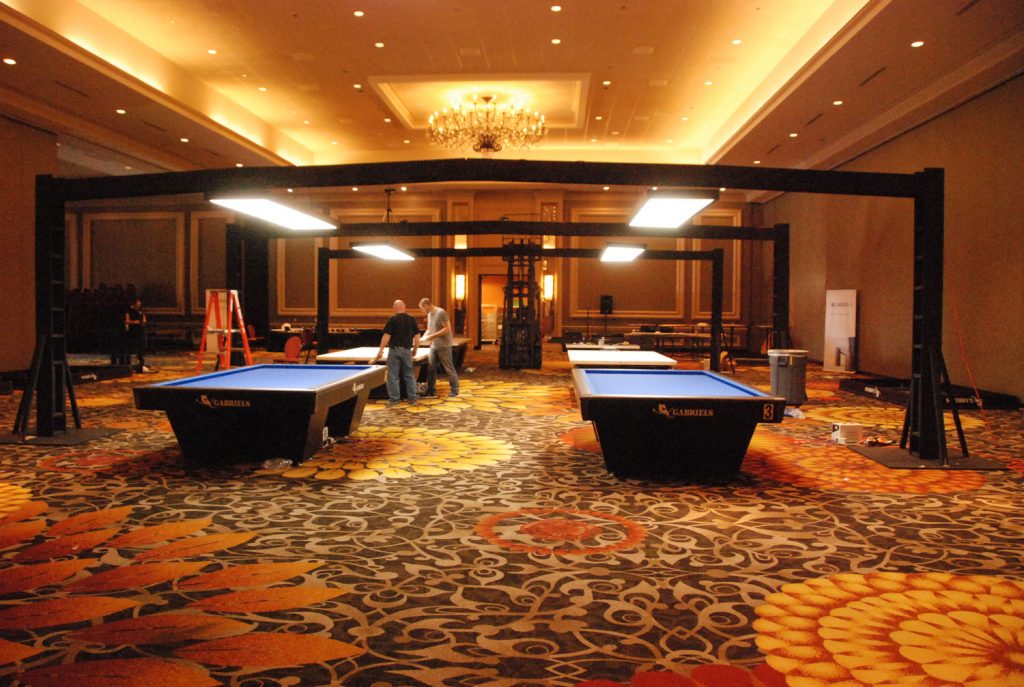 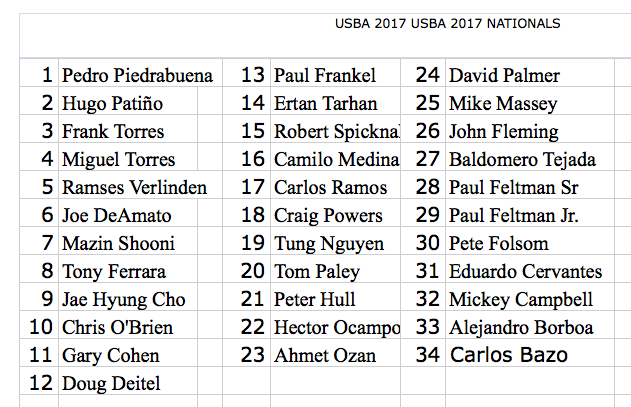 Pedro Piedrabuena is our new champion for 2017 after impressing players and spectators alike at the USBA Nationals with a nearly flawless performance. Undefeated throughout the preliminaries and the finals, Pedro demonstrated a world-class skill and concentration at the table that was inspiring. Whether facing a C-Player or a top player, Pedro brought his A-Game to every match. We are extremely proud that he will be representing us at the World Championship.

Wonderful play was also provided by 2nd place finisher Miguel Torres, whose big stroke, beautiful shots and ready smile has always been a crowd pleaser. Third place Jae Cho was ever steady with his smooth, light touch at the table. In fourth place was Hugo Patino, whose game of finesse netted him, high run in both the prelims and the finals, a considerable achievement on tables that proved to be challenging.

I may be biased, but I have to give a nod to my Boston boys. Three of us made the finals: myself, Joe Deamato and Tony Ferrara. It doesn’t get much better than that.

Probably the player who worked the hardest at the table never picked up a cue. Boston’s own JoJo Chiasson single-handedly kept the tables clean and the players provided with chalk and water through the entire tournament. A true champion is our JoJo!

We are indebted to Tournament Director Andy Janquitto, who was assisted by our Web Master Doug Deitel and Professor-Q-Ball’s Paul Frankel. Also to our sponsors Gabriels, Simonis, Aramith, Tiger, McDermott, Cheqio and AdoEma Realty.

The games were played at the beautiful Casino Del Sol, a Four Star hotel and entertainment venue in Tucson, Arizona. The accommodations, amenities and service were over the top. Thank you to USBA player and Casino Del Sol CFO Paul Feldman for helping to make this happen.

Coming up, we will be heading to the Pan Americana championships in South America. The USBA will be represented by Pedro, Miguel, Hugo and Michael Kang. Then, Pedro and Hugo are off to Europe to play in the World Games in Poland in July. Good luck all!