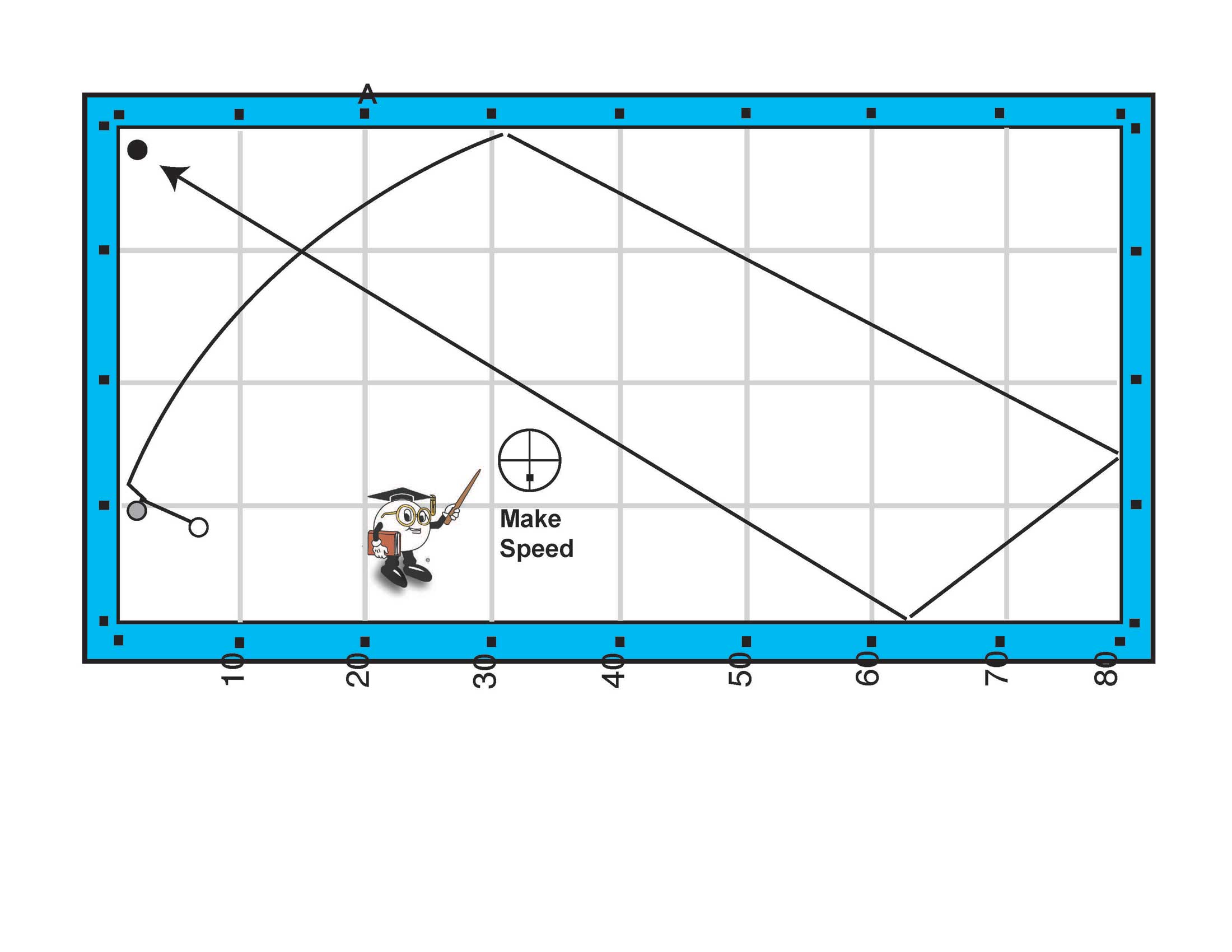 This article is for those enthusiasts who think bending the ball is only for A players. Actually, EVERY time you’ve hit an object ball at an angle with any speed, using either high or low (NOT left or right), you’ve been bending the ball. To improve your game, you must not only understand that you ARE bending the ball on most shots, but you must also learn to see it, control it, and then use that bend to make shots you wouldn’t think possible.

The shot diagrammed is a good example of this. Set the yellow and red close to the short rail as shown, and then place the cue ball about where shown, but move the cue ball bit by bit downward until a very thin hit will go no higher than point A. Now—for those who don’t understand “bend”—the shot looks unmakeable, but with just a few minutes of practice you’ll see it’s rather simple.

Just hit the cue ball with heavy draw, and it will bend to the second rail nicely (and perhaps bend slightly to the third rail as well). The amount of draw should be adjusted with various angles to the first ball, and how much bend you need, but generally you want more draw at the slowest speed possible to make the shot. Hit too hard, and the ball won’t have time to bend. I would avoid using only a little draw (less than a tip), as it’s quite easy then for the draw to be lost. Use less draw for newer cloth, and more draw for slow or dirty cloth or balls (or if it’s raining outside). If a down-stroke is in your repertoire, that makes this shot easier. If you don’t normally draw the ball very well, concentrate on a longer follow through, and/or just hit the ball lower (these two are usually 99% of the answer for a weak draw).

People think English has something to do with bend, but it doesn’t. Understand that the bend occurs because the ball is over-spinning at a diagonal to its path, so it fights to go along that diagonal. I would never use right English on a shot like shown, but you can consider using favor left (just a touch!) if the angle is very extreme. As always, spend some time with variations of the shot, and you’ll be happy to add it to your arsenal.