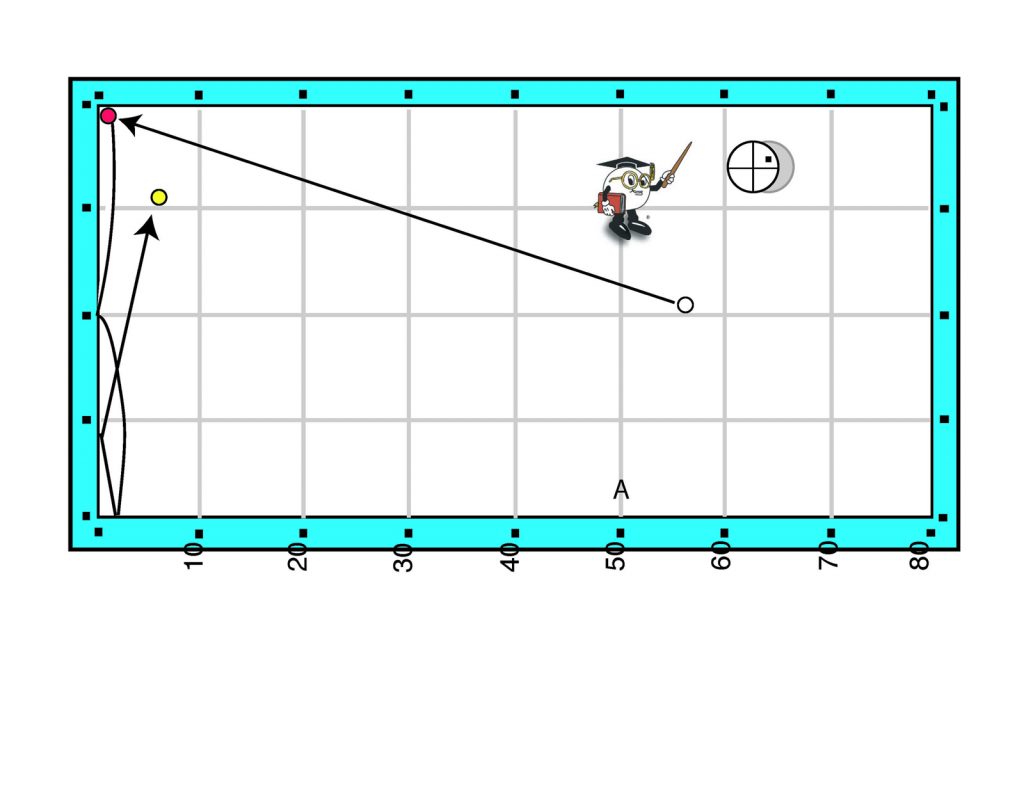 This shot is both very pretty and lots of fun. It is also the best scoring option, as both cross-table options have a very small final target. It might not look like it, but the yellow here is actually a big ball, with three ways to score: three rails as shown, four rails (if you hit the red too thin), or long rail first (if you hit the red too fat). These three scoring possibilities make the shot easier than it looks.

You want plenty of right on this shot, as well as enough high (not max) to get the bending action back to the short rail. As always, a smooth stroke with good follow through helps a lot.

The key to the shot is just finding the right amount of ball hit on the red, and just a few minutes practice will give you a good feel. As you learn the shot move the cue ball around to experiment with different amounts of ball hit. This shot is better selected (easier) if the cue ball is two to three diamonds above the numbered long rail.

Start with a ball hit about two-thirds full, or a little less. Hit correctly, the cue ball will carom towards the lower left corner, hitting the short rail once and sometimes twice, before spinning back to double the rail. Donâ€™t be stingy with the English, as it really helps the shot. The extended version of the shot (with the third ball at â€œAâ€) is especially pretty, as the cue ball has a tendency to spring up to 45-50 on the long rail.

Donâ€™t pass up this shot thinking itâ€™s too hard. Itâ€™s not, and youâ€™ll crack a big smile when you make it!