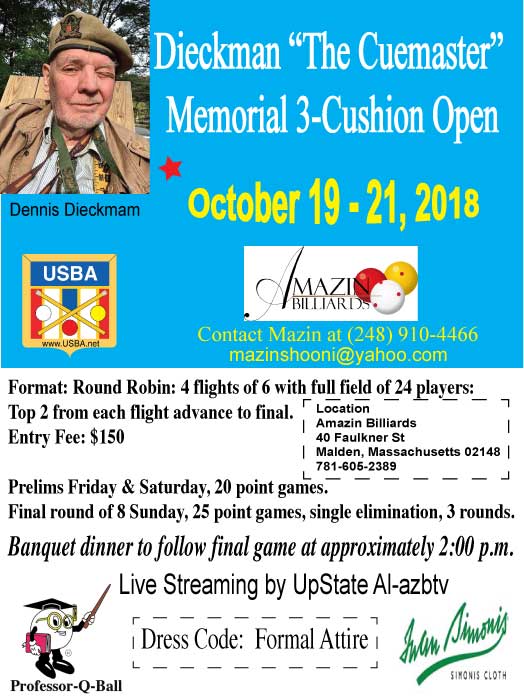 We’re starting the players that are committed for this special event,

We’re looking to get maximum of 24 players,

Richard Dennis Dieckman was born January 27, 1947 in Ann Arbor, Michigan. After two tours with the Air Force in Vietnam, Dennis started building cues in 1973. He is one of many quality cue builders who trained for a time in Bert Schrager’s shop, who is another Hall of Fame member. Although Dennis built a lot of pool cues in his lifetime, it was Carom Billiard Cues that he was most famous for. Playing Carom Billiards was Dennis’ love with golf also competing for his heart. Dennis was one of the few American cuemakers that kept the butterfly pointed carom cues with wood thread joints going in the USA for a couple of decades. That was a great contribution, but his greatest contribution to our industry has been teaching cuemaking with his videos that go back to the 1980’s and his Cueniversity where he taught in shop cuemaking. One of Dennis’ students invented the Predator shaft and Dennis was involved in that. Dennis shunned CNC machinery, and instead preferred old school points, butterflies and pantographed inlays. He was also a founding member of both the American and International Cuemakers Associations. He once had a cue on display in the Smithsonian Institution. Dennis served as assistant director in the ICA from 2004 until he passed away on July 27th, 2018 at age 71. 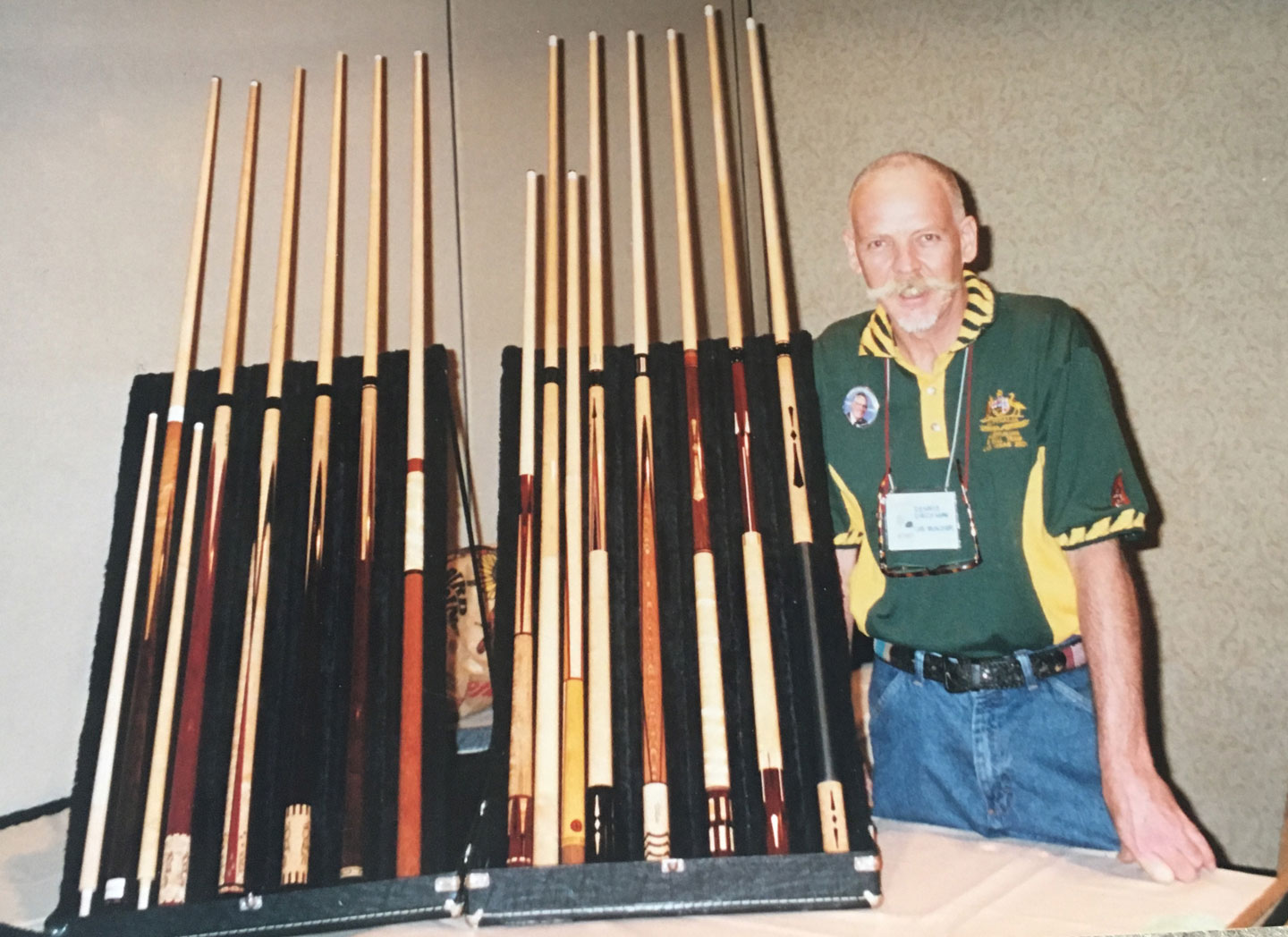