Chris Melling continues to have one of his best seasons since returning to pocket billiards from snooker four years ago. 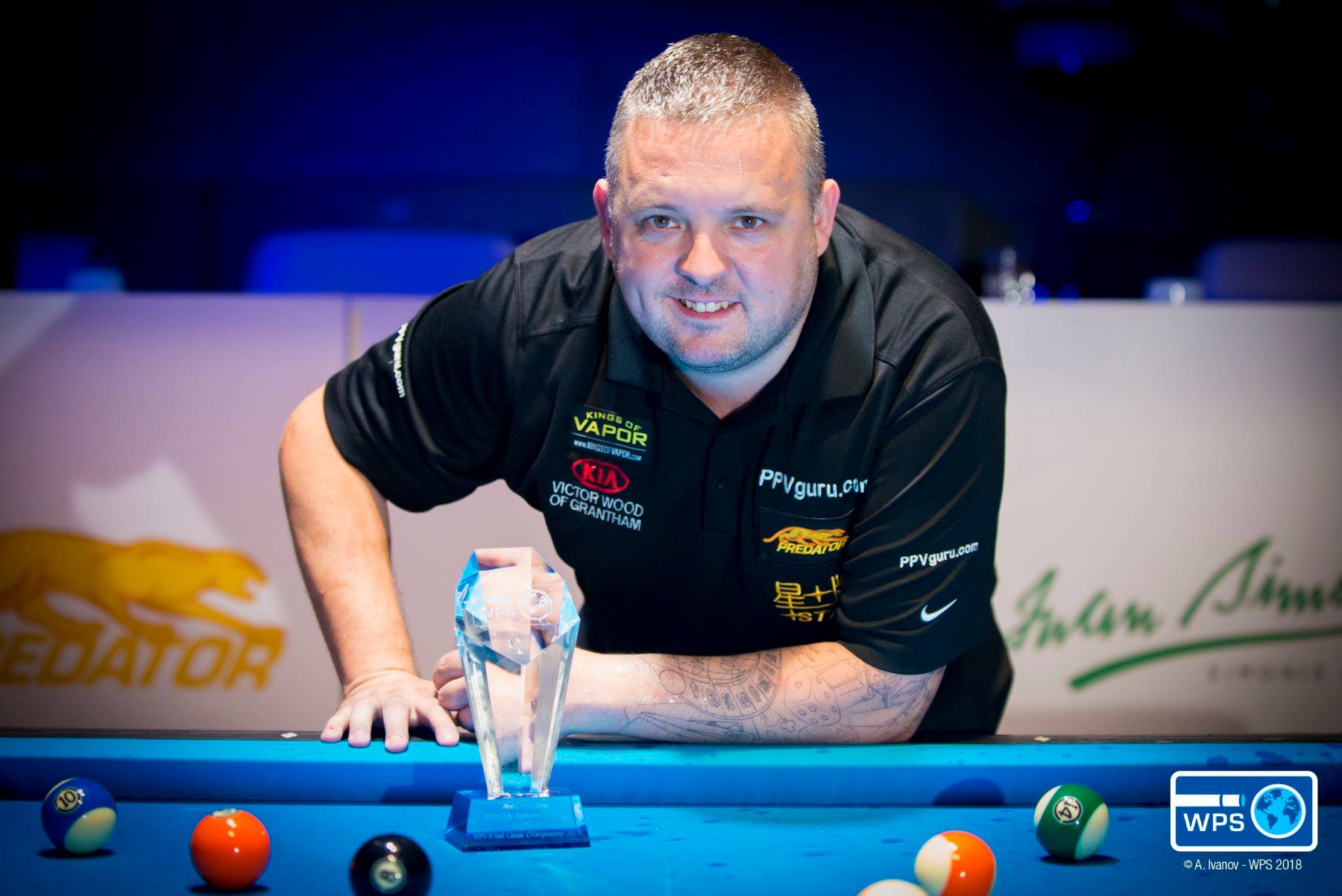 The stocky Englishman jumped out to a huge lead against Jayson Shaw then nearly gave the match away before rallying late to defeat friend and occasional roommate in the finals of the World Pool Series 8-Ball Classic Championship Friday evening at the IDM Club in Bucharest, Romania.

â€œI feel like I deserved it. I felt like I took most of my chances,â€ Melling said after the match.

The early stages of the title session were almost a mirror image to Mellingâ€™s semifinal match earlier in the day against Ioan Ladanyi, as he used a pair of dry breaks from Shaw coupled with three breaks-and-runs to build a 5-1 lead. He committed his first unforced error in the eighth game, misplaying position on the 15-ball and ultimately missing the shot. After Shaw cleared the table to cut the deficit to 6-2, Melling used two unforced errors and a dry break from Shaw and added in a break-and-run to win four consecutive racks and surge ahead, 10-2.

However, Shaw would not go quietly into the Romanian night.

He cleared the table after Melling missed the 9-ball in the 13th game, broke-and-ran and capitalized on two missed shots and a dry break by Melling to cut the lead to 10-6 heading into a 15-minute intermission. Shaw continued applying pressure after the break, taking advantage of a misplayed safety and another missed shot by Melling while mixing in another break-and-run to cut the lead to 12-10. Shaw pulled within one game when he ran out after Melling failed to pocket a ball on the break in the 23rd game.

â€œJayson just showed how much character he has. The will to win from being 10-2 down against me,â€ Melling said. â€œWithout blowing my own trumpet, thereâ€™s no one in the world who can get close to me when Iâ€™m 10-2 in front and he just showed how good he is.â€

Thatâ€™s as close as Shaw would get. Melling ran out the 24th and 26th games after Shaw broke dry on both occasions. He added a break-and-run of his own in the 25th rack to push the lead to 16-11. Shaw finally landed a ball on the break and ran out in the 28th game, but it was too little too late as Melling did the same to close out the match in the subsequent game.

Shaw struggled with the break throughout the championship, failing to pocket a ball seven times in 14 opportunities. The Scotsman said after the match he didnâ€™t feel that all of the balls were frozen to each other on some racks, adding that rules prohibited requesting a re-rack regardless. 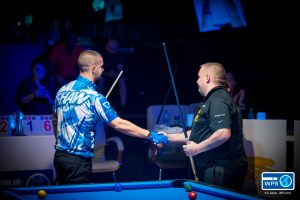 â€œHe was very unlucky with his breaks. The dry breaks cost him the match. Thatâ€™s the in and the out of it really. Anyone who plays pool knows that.â€ Melling said.

The 8-Ball Classic Championship is the third event of the four-tournament 2018 World Pool Series. This event will be held at the IDM Club in Bucharest, Romania from August 7th to 10th 2018. The World Pool Series is sponsored by Rasson, Aramith, Predator, Iwan Simonis, Tiger, and Kamui. Our suppliers and partners are Billiards Digest, CueScore, Outsville, and the WPA.