Shooterâ€™s Family Billiards in Wayne New Jersey would play host to 40 of the regions 8 ball players Sunday September 23. The largest event in the room this season would find Frank Sieczka ending the day at the top of the pile after his good friend and travel partner , Artur Trzeciak, would decide not to play the final match ending the day in second place. Frank Sieczka would show his 8 ball dominance moving thru Sean Emmitt a recent winner 6-5, Paul Madonia 6-1, Mark Joseph 6-4, and would then win the hot seat match against Bernie Vogelsang 6-4. That would be the last match of his day as he would sit waiting for the winner of the long battle back on the loser side. That would be Artur Trzeciak who would fight back winning 5 in a row including Bernie Vogelsang in his highest finish since returning to the tour. Bernie would end the day in 3rd place losing to Artur 6-2. 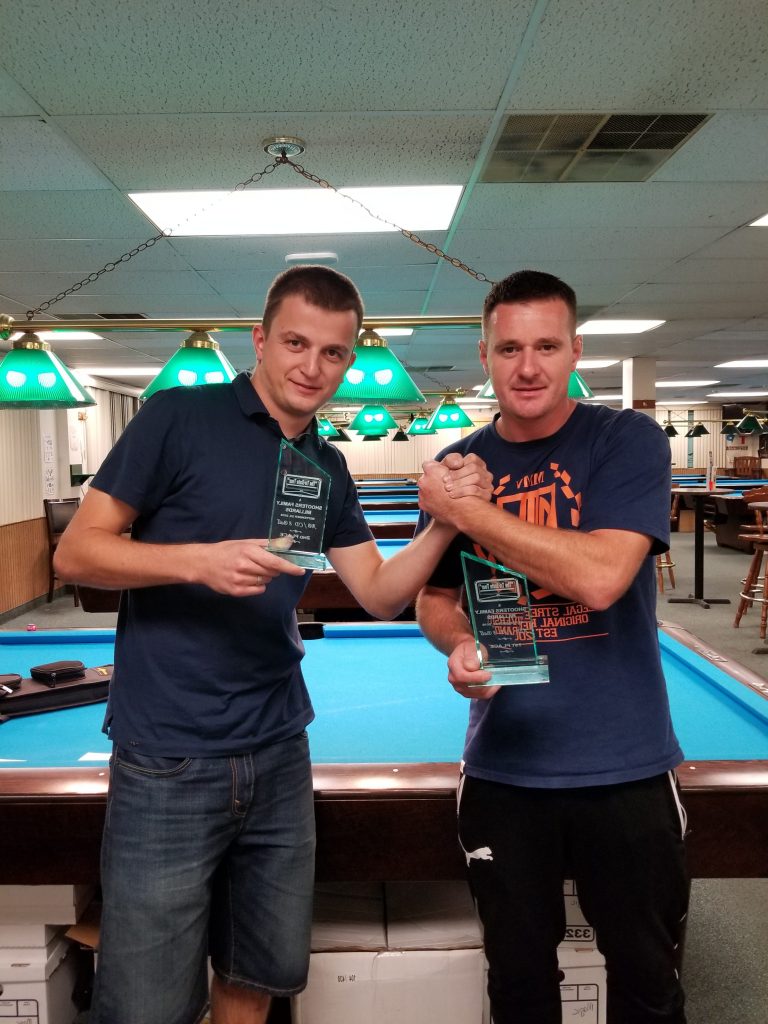