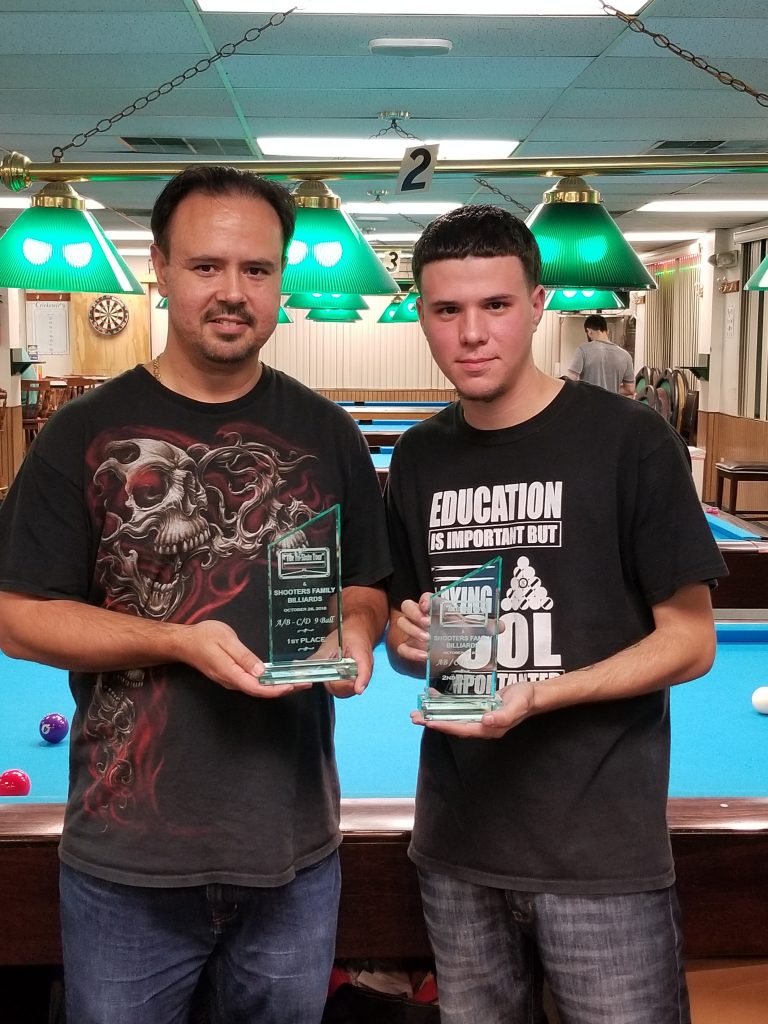 Sunday’s event at Shooter’s Family Billiards would bring 25 players out on a cold rainy day to play 9 ball. The highlight of the day would be Jerry Almodovar and his highest finish to date in the Tristate Tour. He would move thru the day beating Bernie Vogelsang 6-0, Mike Strassberg 6-3, Tim Demarest 8-4, Kevin Serodio 6-3. He would then meet Paul Wilkens in the hot seat match and send him to the one loss side 7-3. Meanwhile Kevin Serodio would be moving across the one loss side defeating Michelle Brotons 6-4 and Eddie Medina 7-4. He would then face Paul Wilkens in what would be the last match of the day and defeat him 7-5. Kevin and Jerry would decide not to play and Jerry would end the day victorious and undefeated.