RUSHVILLE – IT WAS FUN WHILE IT LASTED!

Unfortunately, the Rushville 3 Cushion Tournaments are no longer.

Steve Jones, the owner of the venue, has been graciously allowing the tournaments at great personal expense since 2013. However, it is my understanding he has other plans and the building is no longer available to accommodate the event.

“Thank you” cannot be stated enough to everyone who has made these tournaments possible and enjoyable. The following are most notable but each and everyone who has been a Player in Rushville deserves as much credit as any of the sponsors and supporters. Without the Players we have nothing.

George Ashby is the Father who gave birth to the Rushville Tournaments. Professor-Q-Ball Paul Frankel, the lead sponsor, has contributed big dollars to the events pretty much from the beginning. The late Dennis Dieckman sponsored the “Family Dinners” at the Moose with the hope the players could “socialize” and relax a bit, Frequent cash contributions to the prize fund from Mickey Campbell and a host of others insured we were typically able to pay 10 places plus token prizes for High-Run in and out of the money. And how about Noel Mendoza and all those Schuler Cue Donations which generated thousands and thousands of raffle dollars for these events?

Keeping the tournaments organized and on schedule would have not been possible without the knowledge and assistance of Dale Saunders and the behind-the-scenes work of Rich Shryack and on occasion Bruce Venzke.

Trust that I and others are working to find another venue where 3 Cushion Billiards can be kept alive and well in the Midwest. In the event all goes well, a late summer early fall 2019 event MAY be possible.

It has sincerely been my pleasure to be a part of the Rushville experience. Thank you so much to all of YOU who made it possible. 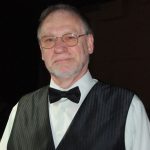