US OPEN 9-BALL RETURNS TO

The US Open 9-Ball Championship will return to the Mandalay Bay Resort and Casino Convention Center April 13 â€“ 18, 2020.

The 44th staging of the billiards major will see Joshua Filler as defending champion as promoters Matchroom Multi Sport build on the success of their maiden US Open, which saw sold-out crowds, record TV ratings and a full field of 256 players – one of the strongest line-ups ever essembled.

Ticket details and player entry information will be available in due course at matchroompool.com.

Barry Hearn, Matchroom Sport Chairman, said, â€œI am thrilled that we will bring the US Open 9-Ball Championship back to Mandalay Bay next spring.

â€œOur first year promoting this great, historic event was a phenomenal success, and that is thanks to the players and fans who came out to support the sport. We had over 100 players on the waiting list, on top of the 256 field we had and we achieved some really impressive viewing figures on Sky Sports and our global broadcast partners, so the game is in good health and is going to go from strength to strength.

â€œWe were live to over 130 countries around the world who watched great pool from the City of Entertainment, and we had 47 different nations represented. As an opening year event for us it ticked a lot of boxes but the good news is we are not complacent and we can make this event bigger and even more exciting.

â€œThose who came in 2019 know how special this event is and we promise it will be event better in 2020. If you didnâ€™t come in 2019 you missed out, so make sure you book your seats for 2020 because this is going to be another sold-out event.â€

The 2019 US Open 9-Ball Championship saw Filler cement his position as the World No. 1 by beating Chinaâ€™s Wu Jiaqing 13-10 in front of a sold-out crowd of 700 pool fans at Mandalay Bay to win the Barry Behrman Trophy.

The double elimination stage of the event was broadcast free on the US Open Facebook page, with the live stream viewed over 2 million times. When the tournament moved to single elimination and onto the global TV stage, over 130 countries aired the live broadcast, including DAZN in countries such as the United States and Germany, Sky Sports in the UK and CCTV in China.

Fans can sign up to the free Matchroom Pool Club to get exclusive access to the ticket pre-sale for the 2020 U.S. Open 9-Ball Championship. Sign up at http://www.matchroompool.com/pool-club/.

The 2020 US Open 9-Ball Championship will be partnered by Diamond, who supply the Official Table; the cloth is supplied by Iwan Simonis and the Official Balls are Super Aramith by Saluc. Predator is the Official Cue of the event and Kamui are the Official Chalk and Tip. 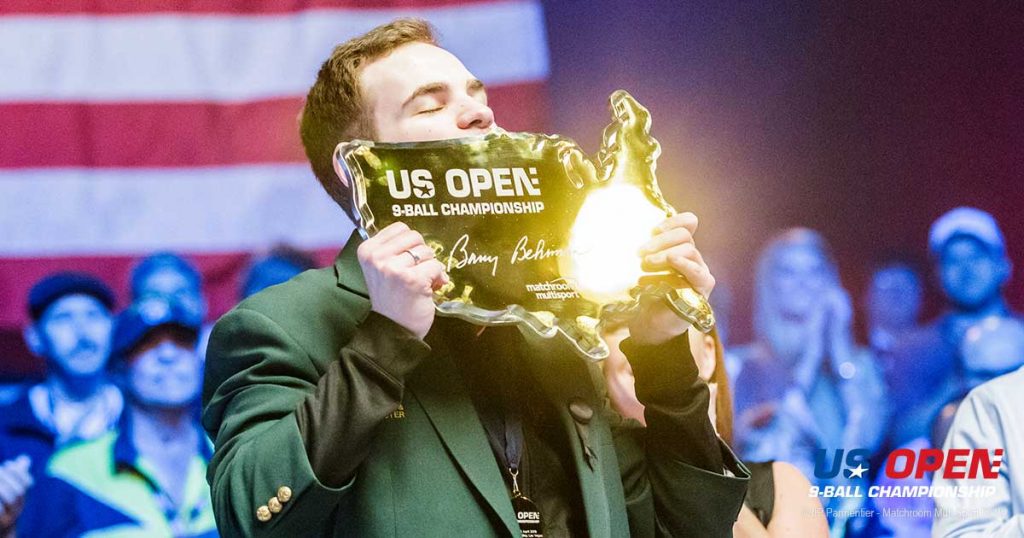 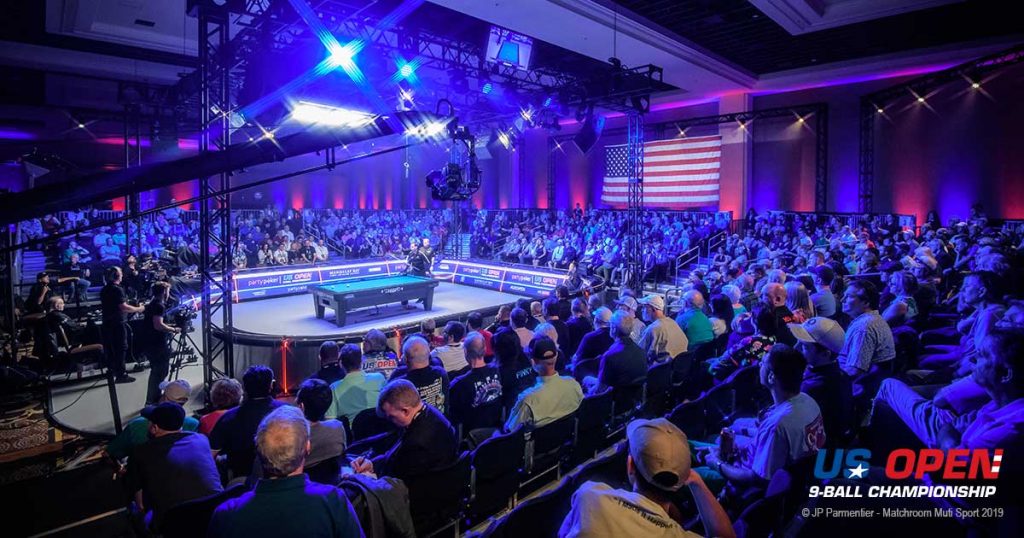