Joshua Filler has qualified to represent Team Europe at the 2019 partypoker Mosconi Cup, to be played at Mandalay Bay Resort and Casino, Las Vegas from November 25-28, live on Sky Sports and DAZN.

The 21-year-old entered the Guinness Book of Records when he became the youngest ever partypoker Mosconi Cup winner two years ago and rose to the occasion with an MVP performance as Europe lifted the famous trophy. He missed out on last yearâ€™s event but has bounced back strongly, winning the World 9-Ball Championship and US Open since.

This week he confirmed his spot on the 2019 European team with progression to the last four of the Predator World 10-Ball Championship, where he will meet Ko Pin-Yi in the semi-finals on Friday.

â€œIâ€™m super exited that Joshua Filler is on our team this year,â€ said European captain Marcus Chamat. â€œHeâ€™s such an asset to our team in many ways.

â€œHe plays amazing and has a young gunâ€™s mentality, which raises the level of the whole team. He is happy and funny and has a ton of charisma!

â€œThe 2017 partypoker Mosconi Cup was first time I really had a chance to team up and get to know him, and it was like love at first sight. His personality is so different to a lot of Europeans and it is great for any team to have a good mix.

â€œHe played amazing that year in Vegas and was living his dream. I kept coaching and pushing him as a captain and he was flawless on table and in the team. We won, he was the MVP and heâ€™s back now.

â€œI spoke with him last year when he didnâ€™t make the team. I said that you will come back stronger and will grow from it. His 2019 is probably the most amazing season any professional player has ever had. He is World 9-Ball Champion, US Open Champion, World No.1, he is down to the last four of the World 10-Ball, and the list goes on. It is so crazy for that to be possible in 2019 with so many great players.

â€œHis focus, firepower and his own personality has gone down in the record books and now I canâ€™t wait for us in November, in Las Vegas, to get that Cup back.â€ 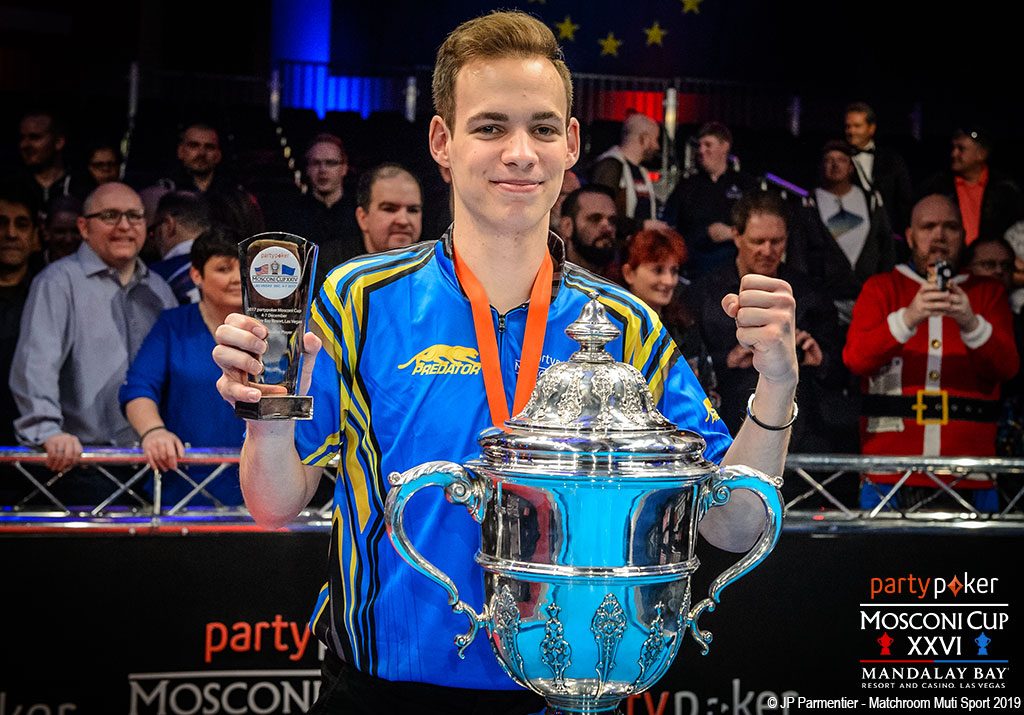 Filler now has enough points that he cannot finish outside of the top three on the Combined Ranking List. If two players were to pass him and he slipped to third on that list, it is not possible that one of the two players who move ahead of him would not also top the European list.

The full ranking schedule, points breakdown and the table following the recent UK Open, can be found here: http://www.matchroompool.com/mosconi-cup/#teamEurope

Tickets for the 2019 partypoker Mosconi Cup are available now at www.mosconicup.com. Prices start at $48 per session with season tickets at $161 silver. Gold seating is now sold out. VIP Platinum packages are available priced $225 per day or $950 for all four days and include a breakfast buffet, unlimited drinks, VIP seating in the front three rows and much more.