THORPE IS FOURTH ON TEAM USA FOR PARTYPOKER MOSCONI CUP 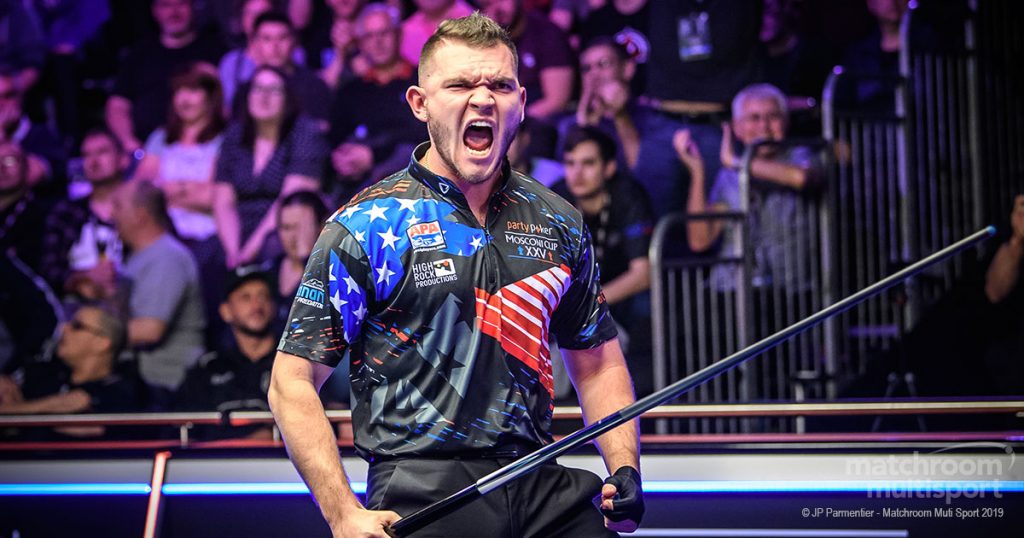 Billy Thorpe has been selected by Coach Johan Ruijsink as the fourth player to join Team USA for the 2019 partypoker Mosconi Cup, which will take place at Mandalay Bay Resort and Casino Convention Center, Las Vegas this November 25-28, live on Sky Sports and DAZN.

Thorpe made his partypoker Mosconi Cup debut at Mandalay Bay Resort in 2017 and was part of the American side which stunned Europe with an 11-9 victory at Alexandra Palace last December. At the start of this year he won the Derby City Classic 9-Ball Banks Division and has gone deep in a number of major tournaments including the US Open 9-Ball Championship and Turning Stone Classic.

At 23-years-old, Thorpe is the youngest member of the team and will join Shane van Boening, Skyler Woodward and Tyler Styer in Las Vegas. Corey Deuel and Max Eberle will battle it out for the fifth and final place on the team, with Coach Ruijsink and Vice-Coach Jeremy Jones to make that decision after the International Open.

â€œIt feels amazing to be on team USA for the third year in a row and to represent America is definitely a dream come true and a goal Iâ€™ve always had,â€ said Thorpe.

â€œWinning the partypoker Mosconi Cup was one of the best feelings of my life. We were well prepared and had worked our butts off all year round to try and get that Cup back. It meant a lot to us, especially to win in London.

â€œPlaying the partypoker Mosconi Cup gives you something to go after every year, it is a big thing. There is no other feeling like winning the Mosconi Cup. We all wanted to win so bad and I think a lot of us were speechless and now we know what we are capable of, so we need to keep this trophy in USA!

â€œGetting out there and winning it once was unreal, and I can only imagine what it will be like to win it twice in a row.â€

Coach Ruijsink said: â€œBilly is the youngest of the bunch and has an enormous potential that he starts to show more and more. He is a fighter by nature and brings energy in abundance. Sometimes you need to slow him down, but that is far better than when you would need to push him.

â€œHe also has had his share of international events this year, so experience is growing and that combined with his incredible shot making â€“ donâ€™t leave him a bank! – makes him a smarter and better player than last year.

â€œI know that Billy and Tyler are excited to be in the team and will work hard to be at their best in November.â€

The 2019 partypoker Mosconi Cup will take place at Mandalay Bay Resort, Las Vegas this November 25-28, live on Sky Sports and DAZN. Tickets are available now at www.mosconicup.com. Prices start at $48 per day with silver season tickets at $161. Additional gold seating has now been released with day tickets at $70 and a season ticket available for $239.

VIP Platinum packages are available priced $225 per day or $950 for all four days and include a breakfast buffet, unlimited drinks, VIP seating in the front three rows and much more.