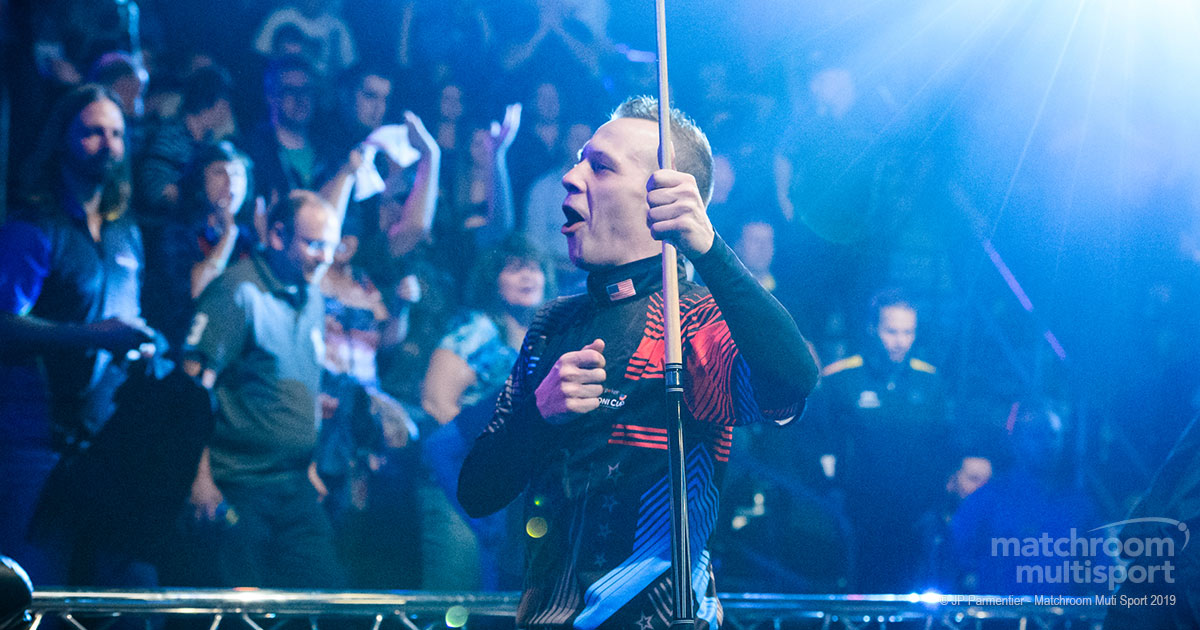 Justin Bergman has been named as the fifth player to join Team USA as they defend the partypoker Mosconi Cup at Mandalay Bay Resort and Casino, Las Vegas, this November 25-28, live on Sky Sports and DAZN.

Bergman put in a stellar performance at last weekâ€™s International 9-Ball Open, beating big name players on his way to a fourth-place finish; the best placed American player in the field.

The 32-year-old made his partypoker Mosconi Cup debut in 2014 and will be making his fourth appearance at the annual USA vs Europe showdown later this month. He joins Shane van Boening, Skyler Woodward, Tyler Styer and Billy Thorpe on the team.

Explaining the decision to select Bergman, coach Johan Ruijsink said: â€œWhen I started with my campaign to win the Mosconi Cup with Team USA in 2017 I knew it would be hard to accomplish that win. I told the players and Jeremy that there were a lot of worst-case scenarios and just a couple of best-case scenarios.

â€œLast year we found a best-case scenario – which was absolutely amazing – but I also realised that it was not achieved solely on our own merit. We took advantage of some of the bad shots of Team Europe and in order to repeat the win I thought we would have to show more dominance in some of our matches.

â€œSo we started this selection process with Team USA, under the guidance of Jeremy, in order to see if we could find a challenger for the 2018 winning team. Supported by the BCA, Predator and CSI we started that process, which saw Max Eberle as a surprise winner over Justin Bergman, Chris Robinson and Mahkeal Parris.

â€œWe announced four players after the international trip (mainly in Russia) and the last spot would be decided after the International Open.

â€œDuring the international Open two things occurred; one, The Europeans showed that they are in great shape, conquering the first three places, and two, only one American was able to rise to the occasion, which was a player from the original challenger group: Justin Bergman. Beating John Schmidt, Hunter Lombardo, Liu Re Teng, Albin Ouschan, Alex Pagulayan, Thorsten Hohmann, Shane van Boening and Ko Pin Cheung and coming in 4th, was a run that was hard to ignore. Not only the place he finished, but also the list of absolutely world-class players made us decide that he would be a real added value to this yearâ€™s team.

â€œIt is incredibly hard to make a decision like this. On paper it might look like the obvious choice, but I had to eliminate two great players, who fought hard and travelled the world in order to make the team. I know it hurts and doesnâ€™t do just to Corey Deuel and Max Eberle. I am very grateful for their efforts and their input. But in the end I am not in the business of keeping everybody happy, It is my task to create the best possible team in order to have a chance to repeat our win, which will be hard enough in any case.

â€œSo we picked Justin Bergman and welcome him to the team.

â€œâ€˜One of the best players after the breakâ€™ is a remark I have heard a lot. So we will work on that break in this last stage. He already played in a couple of Mosconi Cups and has shown he can handle the pressure that comes along with the event. He is very motivated and with his humble attitude he will fit perfectly in this yearâ€™s team. In the last year we had a couple of conversations, in which he was very open and respectful to me. That showed me he trusts me to work together. Also, the other players on the team are happy with him being on the team, so I am confident we can build up towards a great performance at the Mosconi Cup.

â€œHis talent and the quality of his game is undoubtedly up there with the best, he just didnâ€™t always give himself the opportunity to shine. I believe this year he wants that to change. He wants to shine and he is very motivated to support the team and help us to do create another “best case scenario”. I have high hopes that this year and this experience will bring out the best of him for now and for the future. He deserves that, America deserves that.

â€œWe are counting on huge support for him and team USA, we need the crowd to go wild and silence the European fans.

The 2019 partypoker Mosconi Cup will take place at Mandalay Bay Resort, Las Vegas this November 25-28, live on Sky Sports and DAZN. Tickets are available now at www.mosconicup.com. Prices start at $48 per day with silver season tickets at $161. Additional gold seating has now been released with day tickets at $70 and a season ticket available for $239.

VIP Platinum packages are available priced $225 per day or $950 for all four days and include a breakfast buffet, unlimited drinks, VIP seating in the front three rows and much more.