29 players came out to Shooterâ€™s in Wane New Jersey to play 8 Ball. 8 ball is becoming a player favorite and always draws a crowd who love the game. Allison LaFleur from Queens would make the trip out solo but would return home with a crystal trophy in the passenger seat.

Allison, one of the Tourâ€™s Female Player of the Year in recent years would have a tough path to the finals. She would beat Adrian Daniel 5-4, newcomer Ranger Blanco 5-0. She would then fight it out with Vinny Mistry another of the Tourâ€™s top female players winning a double hill-hill battle 6-5. She would then match Michelle Brotons her long time friend 5-1. She would then face off with CJ Chey , local Shooterâ€™s player. This would be another hill-hill battle that CJ Chey would lose on a safety battle. This would send CJ to the one loss side where he would await Alfredo Altimarino whom he sent to the one loss side in the second round.

As midnight had just passed and with long drives ahead of then Allison and Alfredo would decide to split and call it a night. 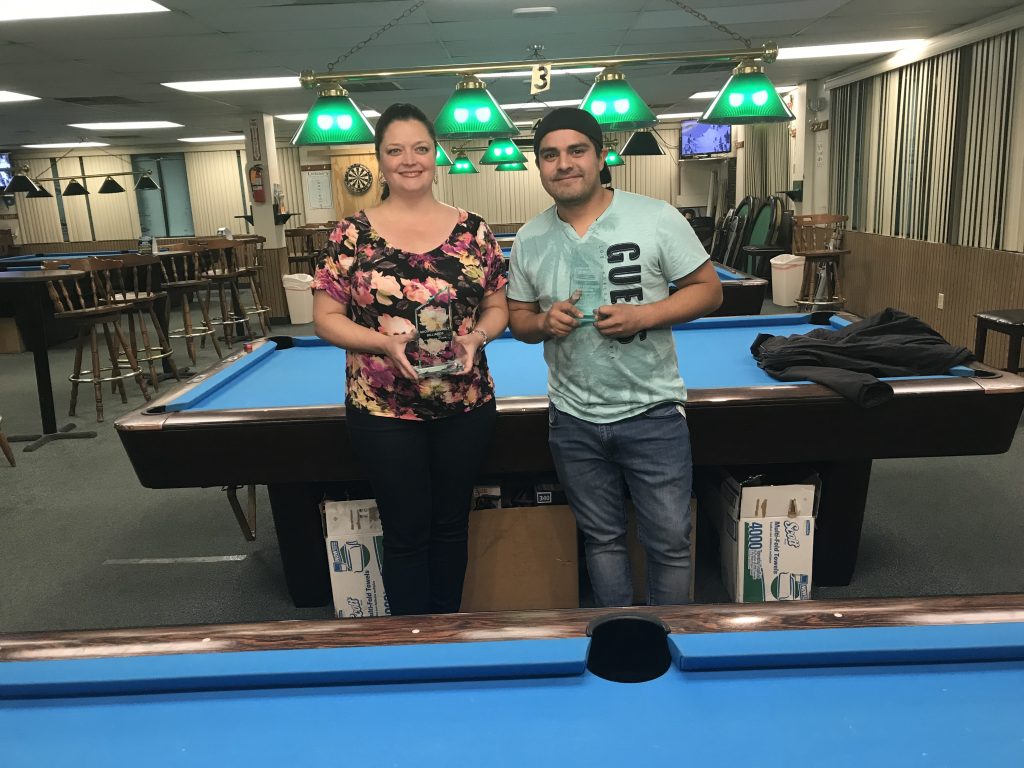