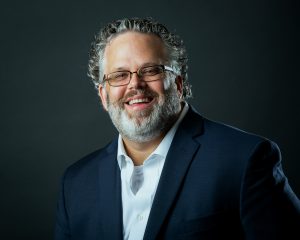 LAKE SAINT LOUIS, MO (Dec. 20, 2019) â€” The worldâ€™s largest pool league will have a new leader at its helm come Jan. 1, 2020. Greg Fletcher, APAâ€™s Vice President of Sales, Marketing and Technology, was recently named Incoming President by APA Founder Terry Bell. Fletcher has been with APA for more than 25 years.

â€œOur organization is changing rapidly, particularly in the area of technology. I believe this next decade will be one of technological development and growth for APA, and I believe Greg to be the right person to lead the organization,â€ said Bell.

Fletcher brings to his new role a wealth of experience in the areas of marketing and technology. Prior to joining APA, Fletcher worked with other major organizations including advertising agencies DDB Needham, The Richards Group, Moroch & Associates and Brown & Associates. During his time with these agencies, he worked with brands that included McDonalds, Pepsi, Rolex and Chick-Fil-A.

â€œIâ€™m very excited to lead this great organization into its fifth decade. APA has a long track record of success, and I look forward to working with our members, League Operators and staff to build upon that success. I intend to continue strengthening APAâ€™s brand status and position within the billiard and entertainment industries while simultaneously supercharging the technology that accentuates APAâ€™s timeless value proposition of bringing people together to experience the fun and excitement of playing pool,â€ said Fletcher.

The APA, based in Lake Saint Louis, Mo., sanctions the worldâ€™s largest amateur pool league, with leagues throughout the United States, Canada and Japan. Nearly 250,000 members compete in weekly 8-Ball and 9-Ball League play. The APA is generally recognized as the Governing Body of Amateur Pool, having established the official rules, championships, formats and handicap systems for the sport of amateur billiards.

For more information on the American Poolplayers Association, visit https://poolplayers.com/.