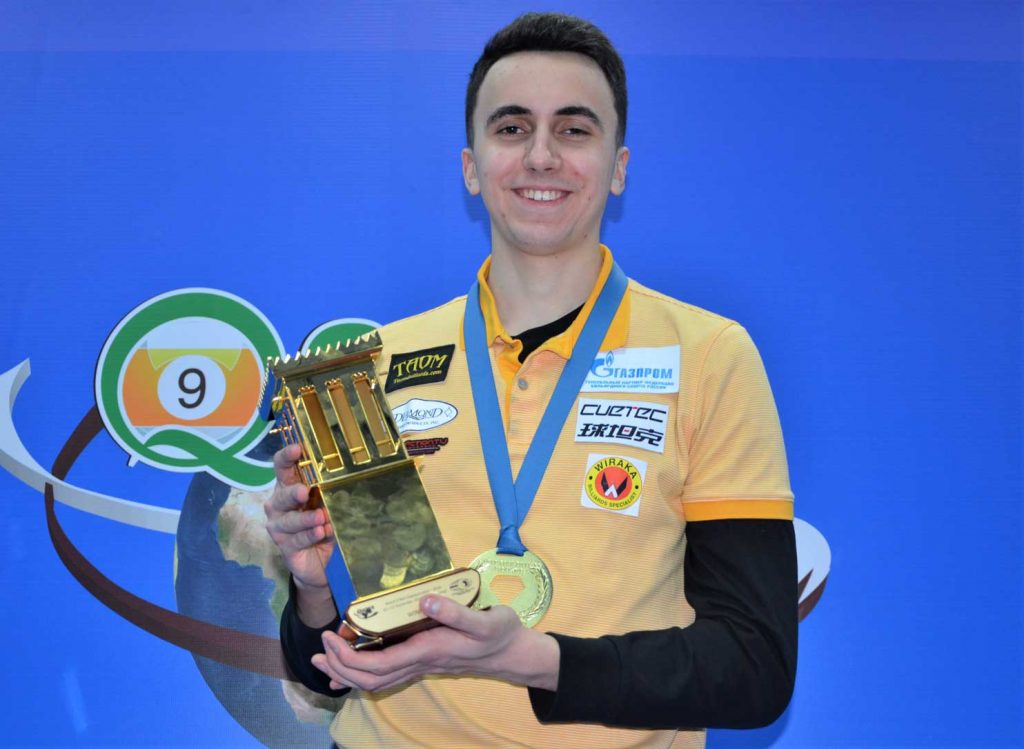 The match was nothing short of a brutal marathon, lasting four hours, and the slow, grinding style of Chang only added to the supreme test of pressure and drama that seemed to accompany every rack. That Gorst was able to suck it all up against one of the greats of the last 15 years, and withstand the inevitable emotional peaks and valleys that come in a long, tiring match, will surely add to the satisfaction the young Russian must surely be feeling. There were several lead changes, and the more experienced Chang grabbed the momentum midway through. But Gorst persevered and grabbed the momentum back when it counted most, and close it out in style.

The win by Gorst will surely be extremely pleasing to his many fans. Not only is the low key and friendly Russian easy to root for, but his hard work and prodigious talent have, for the last few years, portended greatness. That Gorst pulled off the ultimate prize in pool at just 19 years of age is an absolutely stunning feat, and bodes amazingly well for the young manâ€™s future, and for European pool as well.

For Chang, the loss was clearly a bitter disappointment that will sting for the foreseeable future. The 2012 World 8-ball champion has been one of poolâ€™s most consistent and successful players over the last 15 years. But the World 9-ball Championship was the one title he has wanted the most. Winning in the pool world is so tough and so brutal, that opportunities like this donâ€™t often come your way. Changâ€™s demeanor afterwards spoke of his realization that he let the ultimate prize slip out of his hands.

The marathon final came on the heels of two long semi-finals matches played concurrently earlier in the day. In one semi-final Gorst matched up with World 10-ball Champion Ko Ping Chung in a fascinating battle of two of the sports finest young talents. Most fans had â€œLittleâ€ Ko the favorite as he had look implacable over the last 4 days. But Gorst proved toÂ  be the more resilient on this day. With little between them the first half of the match, It was the Russian who outwitted the Taiwanese winning in strong showing, 11-7.

The other semi-final featured Chang against Chinaâ€™s Lui Haitao in a battle of hard core grinders. Chang took an early lead and never once fell behind. Playing his methodical and calculating style, Chang turned the screws throughout and won in a relative breeze, 11-5.

The final presented the ideal story line for fans to sink their teeth into: the wily 34 year old veteran finally on the brink of capturing the sport’s most coveted title, taking on the 19 year old upstart looking to become the second youngest player to ever win the World 9-ball title.

With Chang in no hurry, and neither player rarely getting good looks off the break, the match started out slow and continued at a snailâ€™s pace throughout. Chang won the first two racks. Gorst then got one back before the Taiwanese countered off of the Russianâ€™s self snooker to make it 3-1.

The pair traded racks again to go 4-2 but then Chang, whoâ€™s slow play seemed to only create self inflicted wounds, started to falter. Gorst won the next three to grab his first lead of the match at 5-4. The Russian clearly had the momentum on his side.

Chang came back from a bathroom break a changed man, however, winning the next four racks. The Russian looked to be tiring under the slow conditions and the match threatened to get away from him. But Gorst stemmed the tide with two racks of his own, a neat break and run, then outwitting Chang in a safe battle to close the score to 8-7.

Chang countered off a foul from the Russian to move back up by two. Then Gorst found a second and third wind combined, winning the next four racks to take an 11-9 lead. It was the stuff of champions, rising to the occasion when everythingâ€™s at stake.

The Taiwanese halted the rot, winning a safety battle to close to within one. But Gorst pounded on a foul and held his nerve to move to the hill. With the tension nearly unbearable, Chang piled on the pressure with a break and run. But then, breaking for the title, Gorst calmly hit a series of tough shots that led to an open table. He coollyÂ  connected the dots and nailed a straight in 9-ball for the title.

Afterwards, Gorst couldnâ€™t quite come to terms with what he had just accomplished, but he knew that it would soon sink in. He had endured a marathon under the greatest of pressure, and emerged a world champion with the brightest of futures.

â€œI donâ€™t quite understand how big this win is yet. My game wasnâ€™t that good in the semi-final and I donâ€™t think I played that well in the final. But itâ€™s an amazing feeling to pot that 9-ball. I just feel real good right now.

â€œThere was a lot of stuff going on in my mind throughout the match. This stuff happens in long gambling matches, youâ€™re up and down and back and forth. I was really distracted. I wasnâ€™t paying attention at times because he was playing really slow. I tried not to think about it but I was getting angry, but then I told myself thereâ€™s nothing you can do about it.

â€œI got really lucky at the times when I really needed to win the rack. I wouldnâ€™t say I won the match in a lucky way, but kind of.

â€œIâ€™m sure this win will help me in the future because it proves to me that I have what it takes to play and win under pressure. You canâ€™t win an event like this if you canâ€™t play under pressure. So thatâ€™s a really good thing.â€ 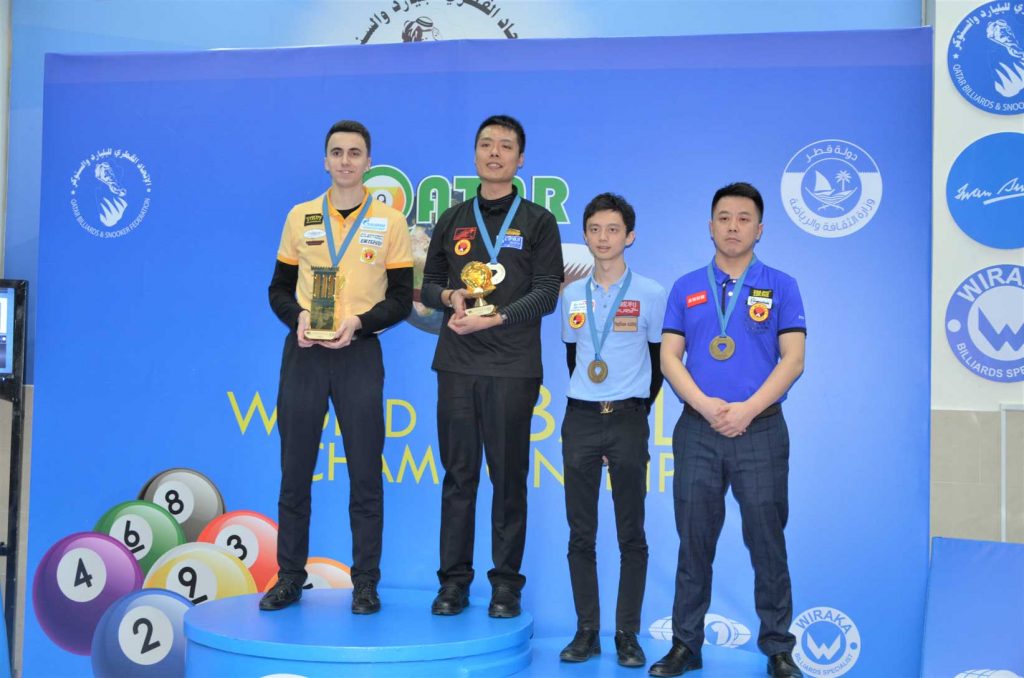