Â (Doha, Qatar)–For three decades it has been the sport of poolâ€™s premier stamp of greatness. The WPA World 9-ball Championship is, for any player who captures this most coveted of crowns, an instant ticket to a pantheon of legends, a list of supreme talent signifying not just one singular accomplishment, but of eternal pool glory.

Just look at the list of names who have captured this crown; Strickland(â€™90, â€™91, â€™02),Hohmann(â€™03, â€™13), Chao(â€™93, â€™00), Reyes,Â  Okumura, Ortmann, Takahashi, Immonen, Archer, Varner, Souquet, Pagulayan, Wu, Alcano, Peach, Bustamante, Akagariyama, Appleton, Feijen, Ouschan, Biado, Â Ko, and most recently Filler. Each and every one a superstar who, when they won, were at the top of their craft in a pool world always stacked with a slew of incredible and hungry talent. Nobody gets there by being lucky, nobody is handed the golden crown.

This is why for the past 30 years pool fans all over the world so eagerly await this annual slug fest of poolâ€™s very best.Â  Drama, classic comebacks, amazing upsets, nervy action, brilliant pressure packed performances are always on full display.Â  And it will happen once more over the next week in Doha, Qatar, when once again the heavyweights of the pool world will gather for the 28th time to contest the most prestigious prize in pool.

2019 marks the tenth straight year that the Qatar Billiards and Snooker Federation(QBSF) has hosted the World 9-ball Championship. This yearâ€™s tournament has been scaled back somewhat, from 128 players down to 96, but that only means each match will more than likely feature showdowns between the greats, which means the margin for error will be even slimmer, and the pressure to perform will be even more immense from the beginning. 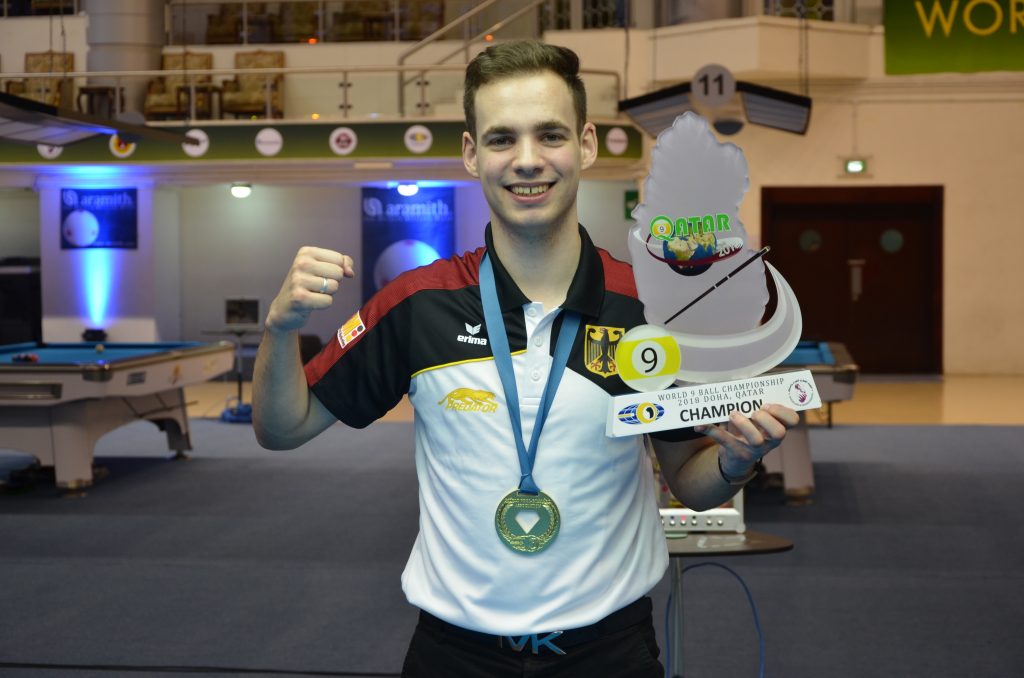 The defending champion is World number 1 Joshua Filler, who by all accounts, is the favorite to become only the second man to ever win back-to-back World 9-ball crowns(Earl Strickland won in â€™90 and â€™91). The then 21 year old German arrived in Doha last year battle-ready and loaded with prodigious talent. Filler then clocked in a glorious week of pool, never tasting defeat, sometimes crushing opponents with breathtaking speed and total cue ball mastery, coming from behind in several pressure packed situations, and closing the door when it counted, as all champions do.Â  In the final he held off a furious fight back from the then defending champion Carlo Biado of the Philippines, to win his first world crown, 13-10.

While pool history is not kind to those trying to win back their title for the second straight year, Filler has so turned the pool world on its head that nobody would be surprised if he was standing on the winnerâ€™s podium again this year. But the German will be up against a Murdererâ€™s Row of Â pool talent who have gathered here in Doha, and each and everyone has their eyes on this prize.

One of the favorites this week has to be the American great Shane Van Boening. Like last year Van Boening, currently ranked number 2 in the world, is coming off a brilliant winning performance in the Mosconi Cup, and is positively brimming with confidence. The American has won just about everything there is to win in pool, except this event, and based on his showings the last few years here, the odds are saying that he is due to finally reach the mountain top. Just look at his recent results in Doha. Van Boening took runner up in 2015 and 2016. He skipped the 2017 championship, but last year he was once again on a serious roll, until he got taken down by Biado in the semis. For Van Boening, itâ€™s not a matter of â€˜ifâ€™, itâ€™s simply a matter of â€˜when.â€™

If you are looking to place your money on some other favorites, look no further than the Taiwanese contingent. World 10-ball champion and current world number 2 Ko Ping Chung leads a pack of world beaters from Taipei, which also includes heavy favorites Chang Jung Lin, Koâ€™s older brother Ko Pin Yi, Kevin Cheung, Chang Yu Lung and Wu Kun Lin. With this kind of talent in the field, itâ€™s almost a certainty that at least one Taiwanese player will be in the final four. 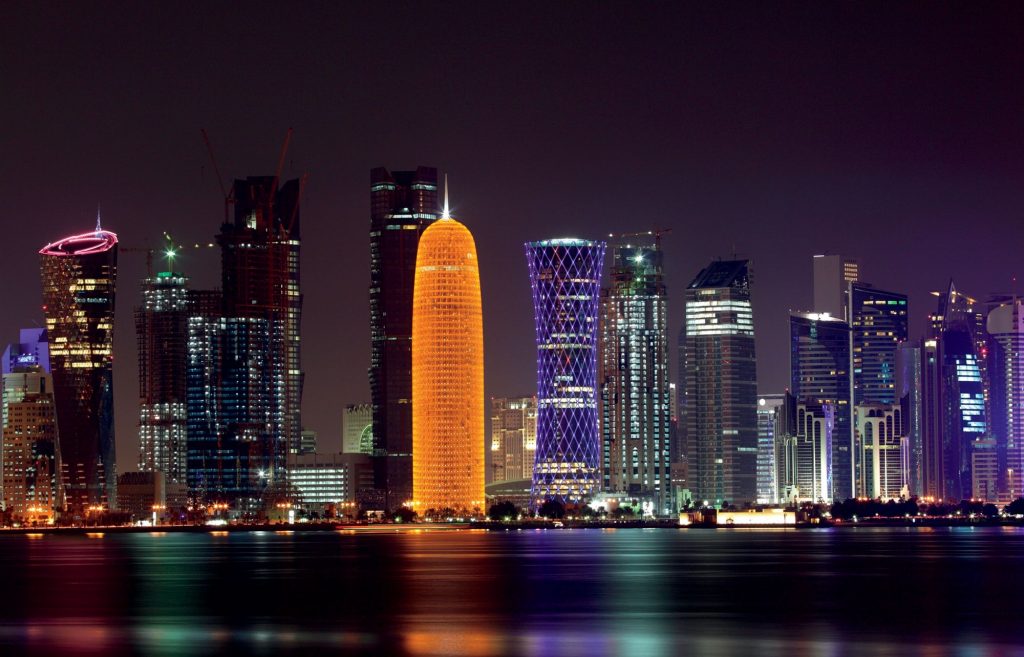 China has yet to win a world 9-ball title but they usually put in a solid performance in Doha. Wu Qia Jing(who won the 2015 title playing under Chinese-Taipei) is once again in the field. Dang Jinhu and Liu Haitao also stand out among the Â Chinese players.

After a several year absence, 2012 World 9-ball champion and Hall of Famer Darren Appleton has made his return. Heâ€™ll be joined by one other fellow Brit, Chris Melling.

One noticeable absence this year is Scotlandâ€™s Jayson Shaw, who has had to withdraw due to some health issues. But the rest of this yearâ€™s European Mosconi Cup team will be fully represented as 2014 World 9-ball Champion Niels Feijen of the Netherlands is joined by Greeceâ€™s Alexander Kazakis and Albaniaâ€™s Eklent Kaci.

And, as always happens at the World 9-ball Championship, unknowns and newcomers are sure to shock the field with a few amazing upsets. 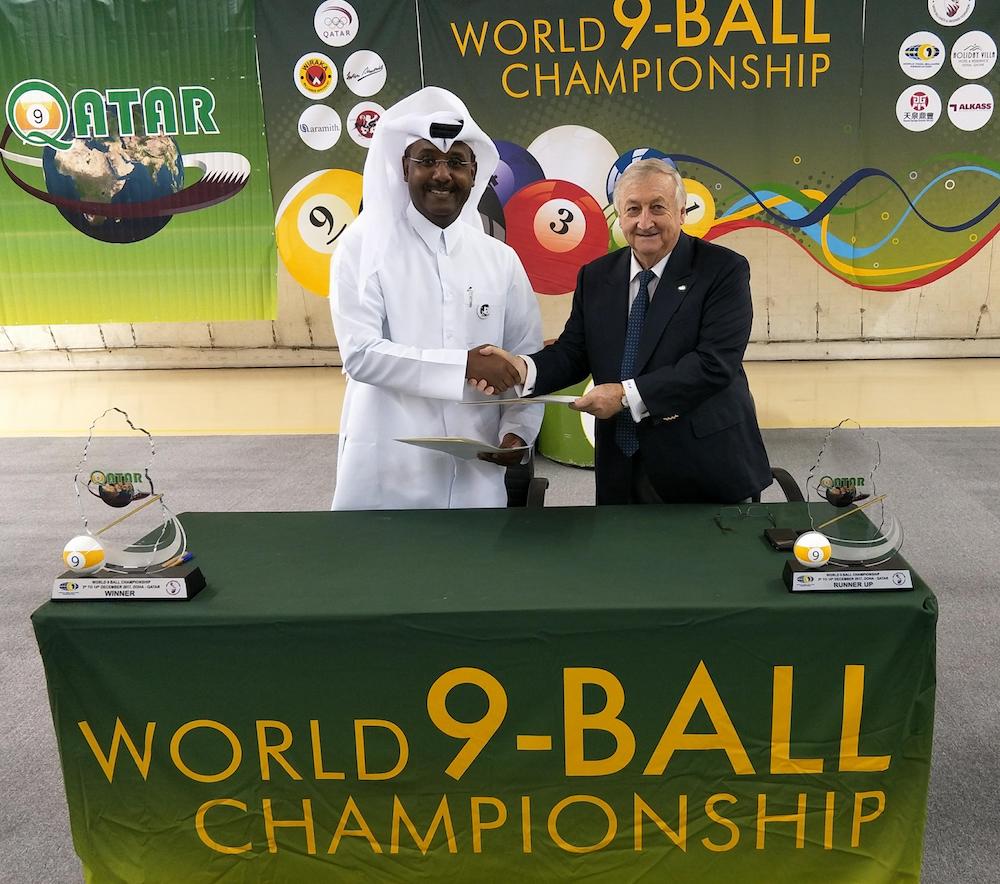 Fans around the world will be able to view live scoring, results, brackets and live streaming of many of the matches via the QBSFâ€™s free live streaming platform at esnooker.pl.Â  Multiple tables will be available to view online at no charge to the public.