27 players assembled September 17th at Amazinâ€™ Billiards in Malden Massachusetts to honor the late Dennis Dieckman and battle for 1st place in the Annual Memorial Tournament.

Host Mazin Shooni had the tables in first class condition and as the quality of play confirmed.

This was a handicapped event and the four brackets seemed evenly matched after the blind draw.

In Bracket A veteran Joe DeAmato and Young Kyu Lee advanced. Outstanding play by â€œDr. Cueâ€ Tom Rossman was not rewarded however. Due to the scratch score averaging system employed for this event Mr. Rossman lost out to Mr. Lee by two one-hundreths of a point. Juan Uribe had the bracket high run of seven. The Flight average was .593.

In Bracket B Midwesterner Craig Powers and Arizona’s Paul Feldman Jr. advanced to the Single Elimination finals. Feldman Jr. lost one match on the hill to Norman Duluaga but was otherwise undefeated. Powers went 4-2 and had a high run of 8. However the high run in the bracket was 10 by Aldoofo Meija. The Flight B Average was .580.

Event Host and 2006 3-C National Champion Mazin Shooni went undefeated in Bracket C and a very impressive performance by George Karam of Boston (5-1) earned them both the right to advance. Shooni’s bracket best game average was 1.591 and Karam managed a 1.526. The bracket was otherwise evenly matched and the Flight Average was .585 overall.

In Bracket D the Feldman family struck again. Paul Feldman Sr. suffered only one loss to Chris Kwon. Kwon lost one match to Dave Cammerata but bested all other comers to move to the Finals along with Feldman Sr. Kwon had the bracket high run of 7 and best game of 1.094. Flight D Average was lowest of all brackets at .418.

In the first round of the Finals Shooni eeked past Kyu Lee in a 35-34 nail-biter. Chris Kwon cruised past Paul Feldman Sr. 35-21. Joe DeAmato bested Craig Powers 29-24 (scores adjusted for the handicap) and Paul Feldman Jr. attained his handicap goal of 25 but Karam just missed his target of 29 by one point thereby falling to Feldman Jr.

Feldman Jr. and Chris Kwon squared off to determine who would be the champion. Kwon took control early and never looked back defeating Paul Feldman Jr. 35 -14 in 28 innings. Mr. Kwon is relatively unknown outside of the Boston billiard community but do expect to hear more of him in the future. 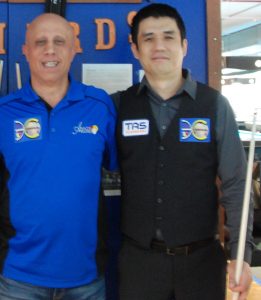 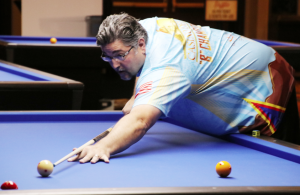 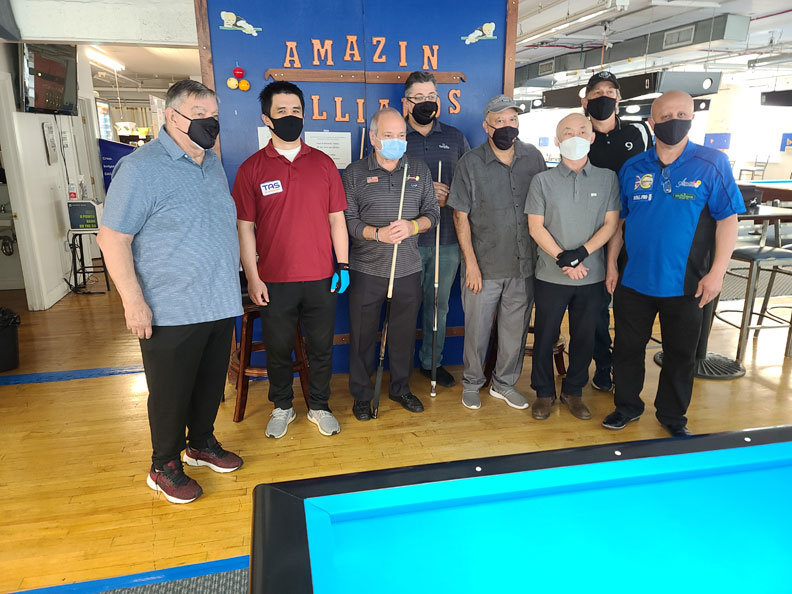 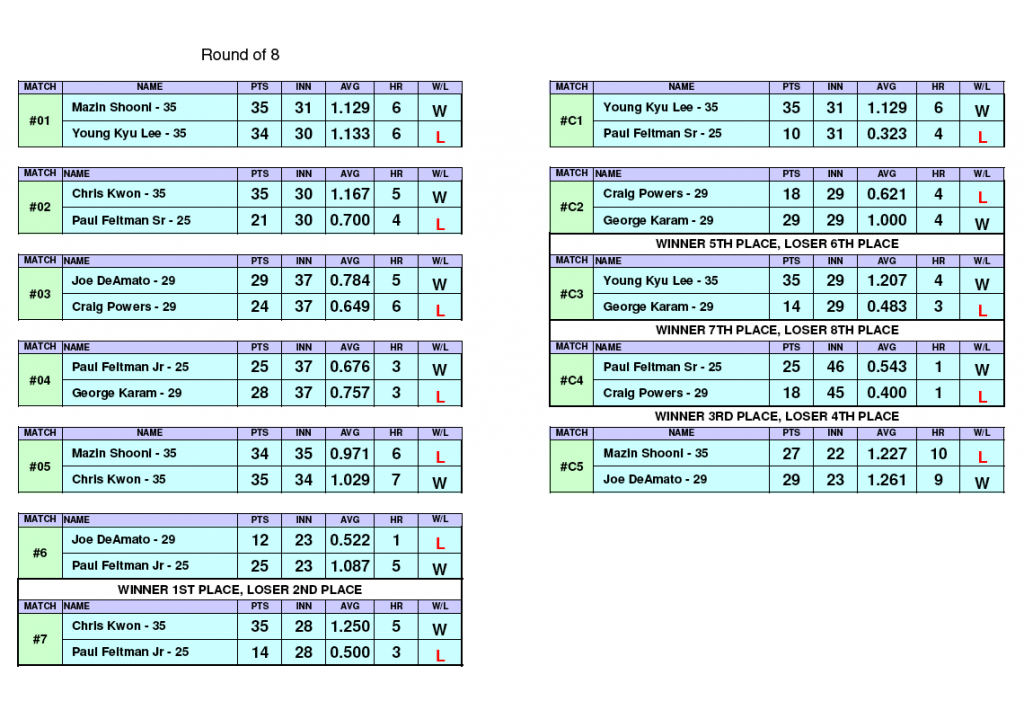 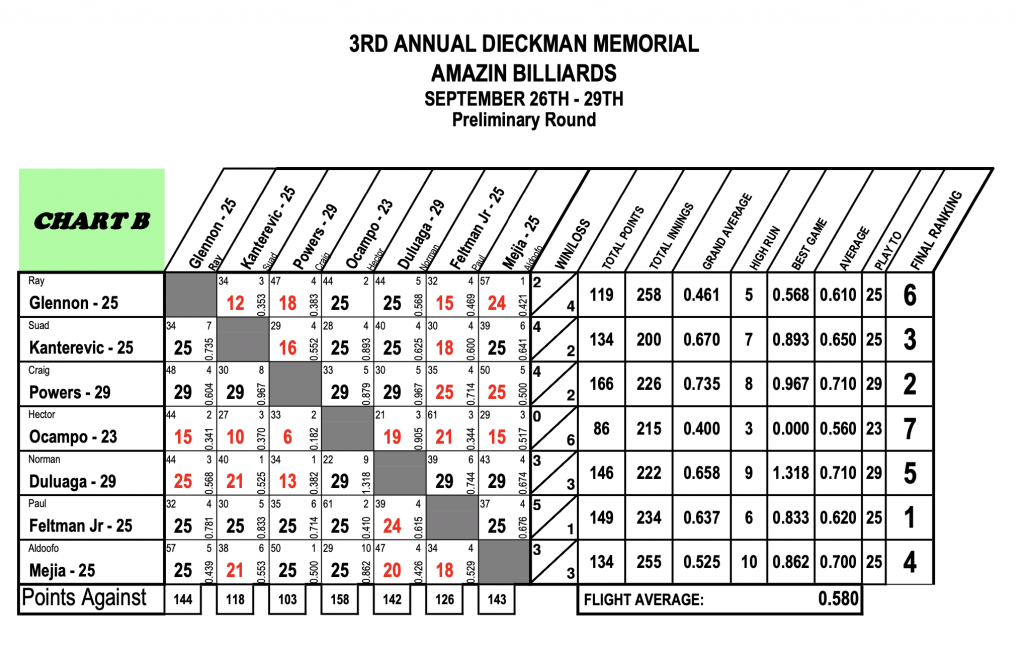 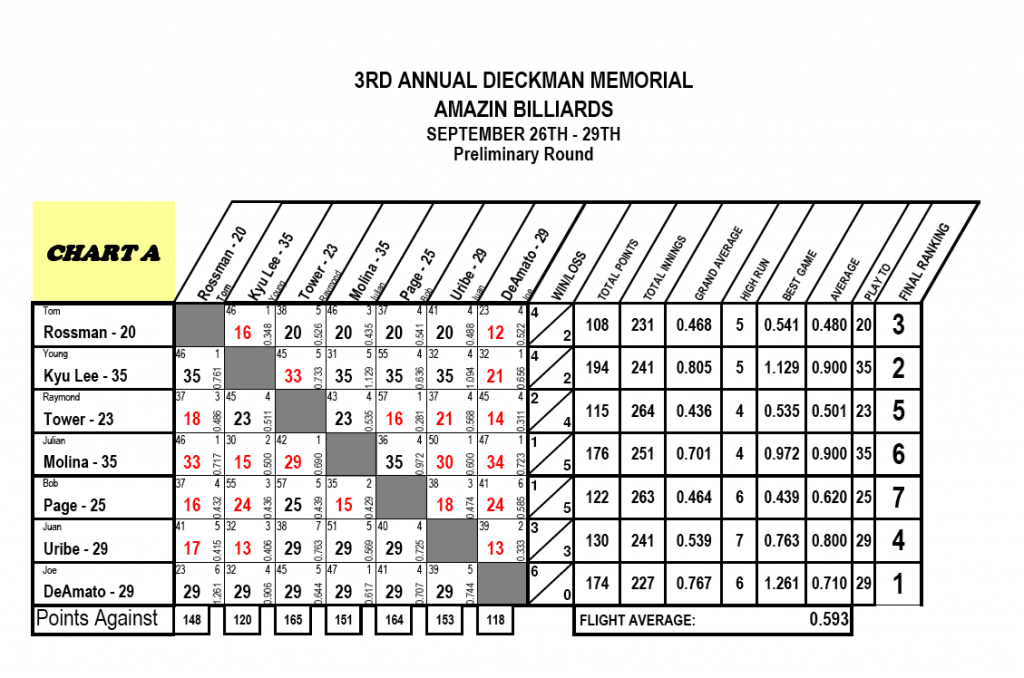 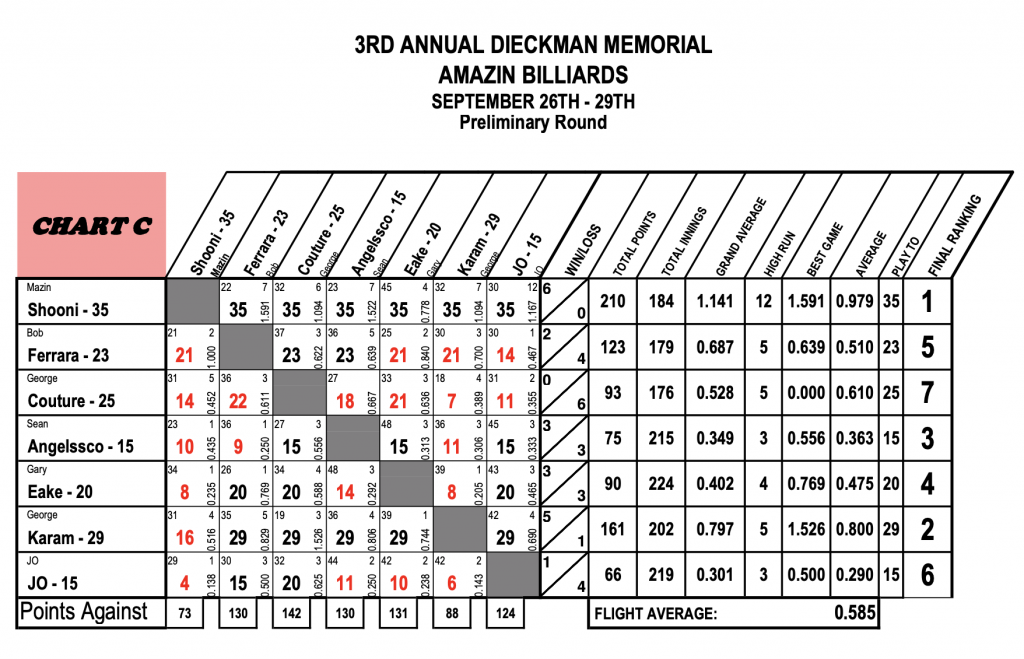 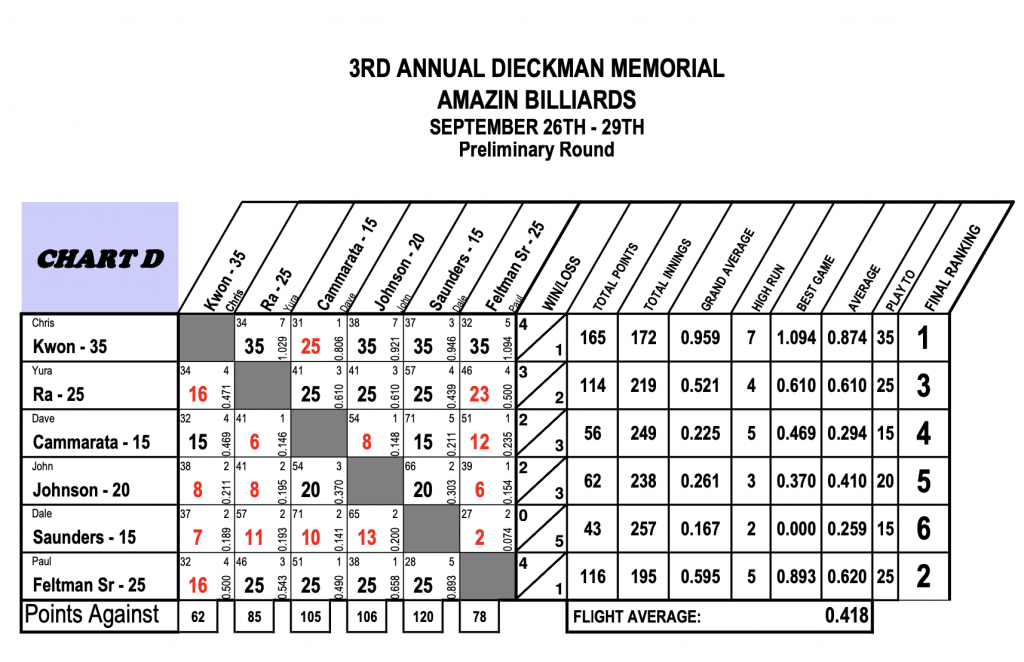 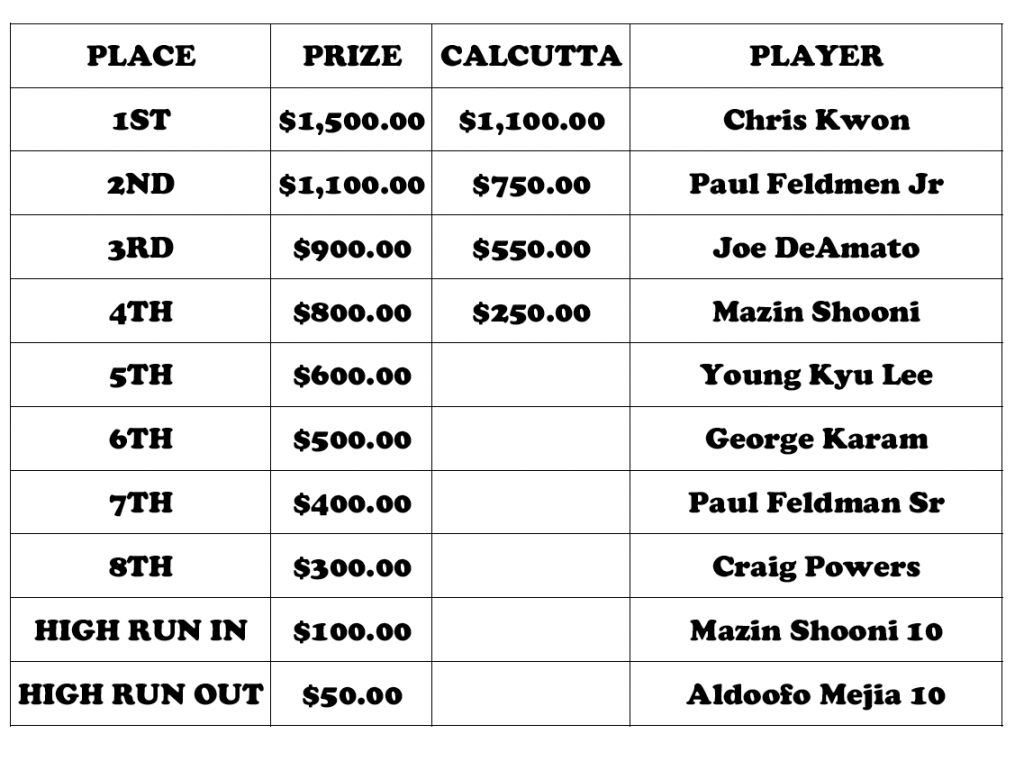 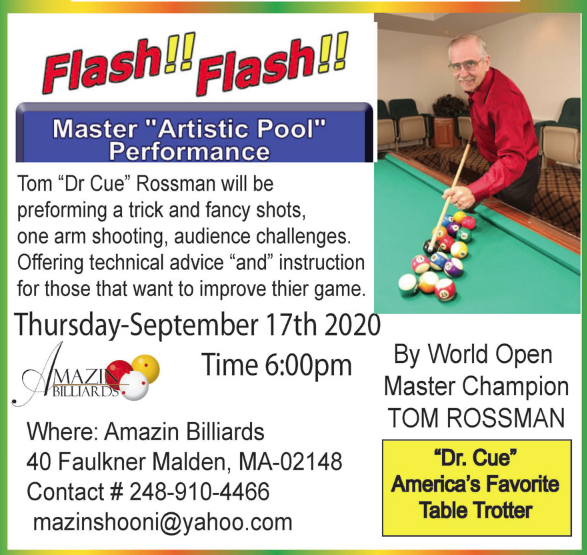