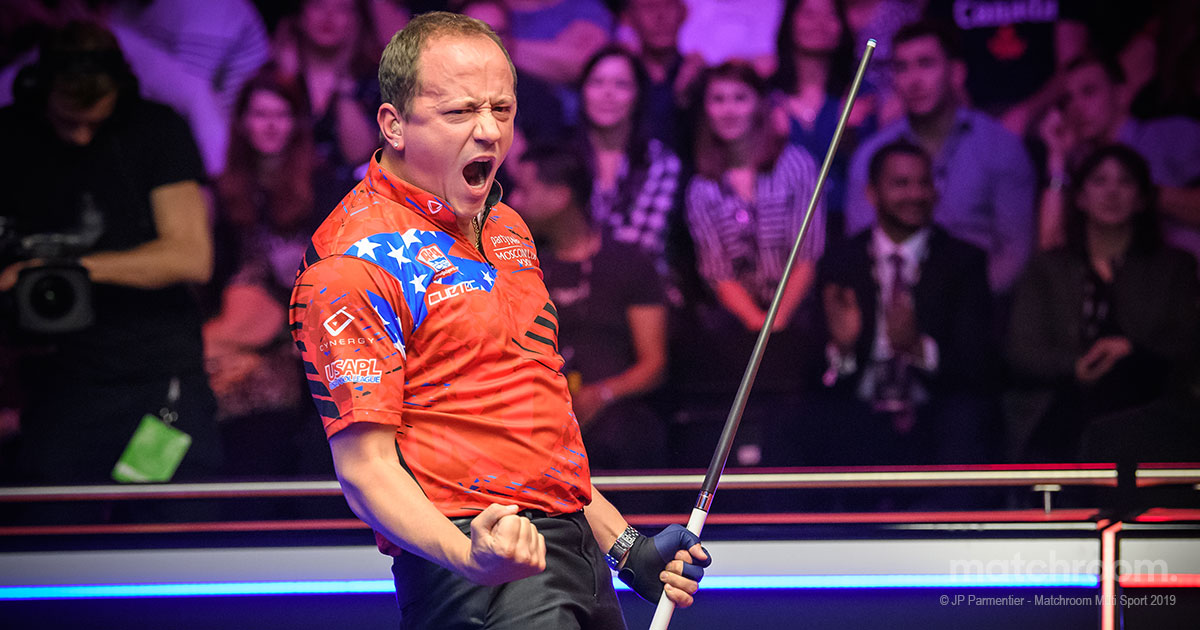 Shane van Boening will play his 14th consecutive partypoker Mosconi Cup this December 1-4 after being chosen as one of captain Jeremy Jones’ wildcard selections.

Van Boening joins Justin Bergman and Skyler Woodward on the team, with captain Jeremy Jones commenting, “he might be our third selection but we all know he is number one.”

The South Dakota kid has been ever-present for Team USA since 2007 and has enjoyed his most fruitful partypoker Mosconi Cups in the last two years; first making the winning 1/9 combo to win the Cup in London in 2018, and then helping to lead America to a famous repeat in Las Vegas last thanksgiving.

“The last two years, we did pretty well, so I am very proud of the team and I am looking forward to number three,” said Van Boening.

“Defending the partypoker Mosconi Cup in Las Vegas last year was probably the best Mosconi Cup I have ever played. We had a great team chemistry, the coaches did a good job and it worked out pretty good.

“If we can do the same things we did in the last two years, there won’t be any problems. They are going to have a hard time competing with us for sure.

“Jeremy is a good coach, he knows everything about the Mosconi Cup and has been with us the last couple of years. I think he is going to be a very good captain for us.”

“He has been the greatest player on the planet for the last 15+ years,” said captain Jones. “He is a guy who I think is going to continue on that road; he stays in great shape, is probably the most mentally strong player I have witnessed in my life and he trains hard and plays hard.

USA will take on a European team led by captain Alex Lely and vice-captain Karl Boyes. World Champion Fedor Gorst, Jayson Shaw and US Open champion Joshua Filler have already been named on Team Europe, with two more players to be announced this month for both teams.

The 2020 partypoker Mosconi Cup is set to take place at Alexandra Palace, London from December 1-4, live on Sky Sports and DAZN.

Matchroom Pool are still hopeful and determined that the partypoker Mosconi Cup will take place this year and are in constant detailed discussions with the relevant organisations and personnel to stay up to date. Our highest priority is the safety of everyone connected with the event however we are working hard to explore every avenue to making this work and will continue to do so, if it is possible.