The American CueMakers Association (ACA) is proud to introduce the 2009 recipients of it’s “Hall of Fame Award” and it’s “Cuemaker of the Year Award.” The ACA was formed in 1992 to promote the American made cue as an unique collectible art form. Today, ACA membership includes over 40 of America’s finest cuemakers.

The 2009/10 season is already looking to be another banner year for the Viking tour.

As the 2009/10 Season of the Viking Tour gets ready to kick off it’s only natural that we look back and take stock of how the Viking Tour did in it’s 07/08 season. As most business were cutting back and citing declines in revenues due to recessionary reasons we are pleasantly surprised to say the the Viking Tour had it’s best season ever for our players, sponsors and room owners alike in the 15 year history of the tour. 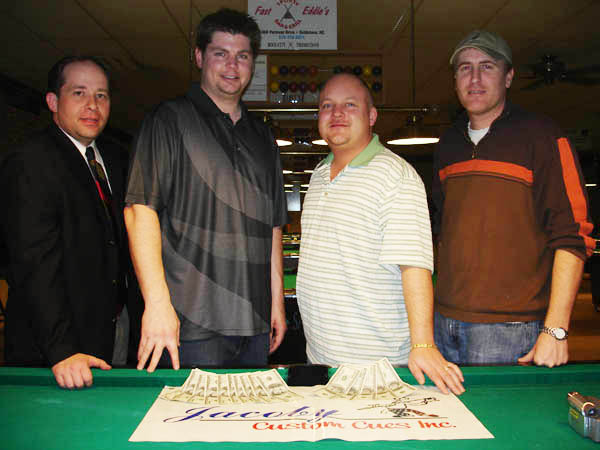 Sharks-N-Shooters in Rocky Mount, North Carolina hosted the fourth stop on the 2008-2009 Jacoby Custom Cues Carolina Tour January 24-25. A twenty-eight player field turned out for the $1000 guaranteed added Main Event in which Mike Davis defeated Michael Fuller, earning $1000 in his second victory in 2009 on the Jacoby Tour. 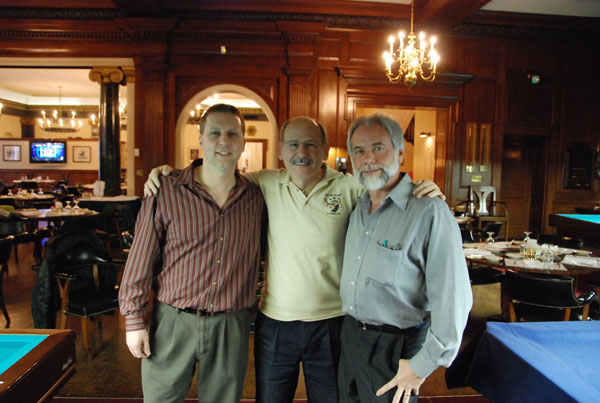 Patino, Kolacz, Razon, and Ashby all earned their National entry at no charge, but had to play 2 final matches to determine the overall positions of finish in the Qualifier event and ranking points assigned by the USBA. Razon performed brilliantly as he defeated Patino by a score of 20 – 17 for 1st place honors. Meanwhile, Ashby sailed to victory over Kolacz 20 – 12 to win 3rd place positioning. 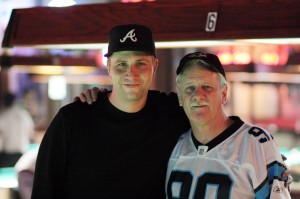 Super Bowl at The Rack

They came from all over to play in this great event that has been going on for 25 years right here in Memphis, TN. New owner Jerry Ramey, and tournament director Mark Dionne were very pleased when a full field of 128 players showed up on Friday.

The tournament got underway on Friday night right after the Calcutta and continued into the late hours on Sunday morning. Entry fee was $25, Race to 7, Ladies get 2 games, played on 9 foot Diamond tables.

Bad Boys Billiard Productions, in conjunction with Chris Williams, the Central Ohio BCA League Operator, created the 2009 BCAPL Springfield Shootout to give nearby players the opportunity to compete in a big style BCAPL tournament without traveling long distances to a Regional or to the BCAPL Nationals in Las Vegas.

Ice storms and freezing temperatures couldn’t deter the 64 men’s singles – from as far afield as West Virginia and Windsor, Ontario – 9 women’s singles, and 42 teams in the Open Teams division.

For the first time ever in Chicago and the midwest, Dragon Promotions brings you 2008 Player of the Year Mika Immonen of Finland , Former #1 Francisco Bustamante of Philippines, and Top 5 USA ranked Charlie Williams to the Chicago Predator Pro Pool School. These world class professional players will reveal in depth training methods and secrets of professional pool. Students will get insight on their style and knowledge of play which has inspired countless players hroughout Europe, Asia, the USA and the world of pool! This rare experience will be hosted by Palace Billiards and brought to you by Predator Cues, Simonis Cloth, Brunswick Centennial Balls, and Master Chalk.

Shuffett wins Bank Shot Invitational
Youth was served at Louisville’s Bank Shot Billiards on Jan 5, 2009 as 14 year old superstar-to-be, Landon Shuffett took the $1000 first prize in the invitational nine ball event. As always, promoter extraordinaire Truman Hogue, filled his 32 player field a week before the opening break shot. He also tweaked the format and raced to 6 on both sides with alternating breaks. Those changes plus Bank Shots’ pre-pro cut Diamond pockets figured to produce some upsets, but no one was complaining when their $50 entry gave them a shot at the $2100 ($500 of it added) prize fund.